They will reportedly square off in an MMA bout in Poland

An MMA bout between two behemoths, which would rightly be dubbed the clash of the Titans is on the cards for all fighting fans.

Martyn Ford, dubbed the ‘Scariest Man On The Planet’, is set to make his MMA debut against the ‘Iranian Hulk’ for MMA organisation KSW in 2019.

The actor, who has appeared in films such as Final Score and Kingsman: The Golden Circle, was signed by the Polish organisation in October with a view to competing professionally. 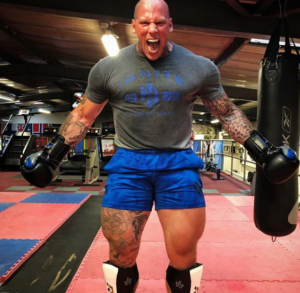 The 207cm bodybuilder could well have found an opponent as intimidating for his first bout against Sajad Gharibi – a former wrestler who has turned to bodybuilding and known as the ‘Iranian Hulk’. 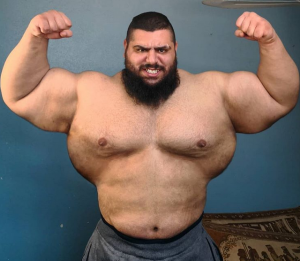 The 145 kg star (24 stone) is rumoured to have signed a contract with KSW and the pair of human-behemoths look set to collide in 2019 in a massive MMA fight.