Ronaldo’s lawyers initially claimed there had been a misunderstanding denying a deliberate attempt to evade tax, though he pleaded guilty

Cristiano Ronaldo has been handed a suspended sentence and hefty fine after pleading guilty to tax fraud in Madrid on Tuesday morning, a court spokesman has confirmed.

The Juventus forward was denied special treatment by the judge, having requested to appear by video or enter the building by car, and arrived at the courthouse through the main entrance with his girlfriend Georgina Rodriguez.

Ronaldo pleaded guilty to a pre-agreed deal and avoids any jail time, with first offenders not usually sent to prison in Spain for sentences under two years, and is expected to pay around 18,8 million Euros to the courts. 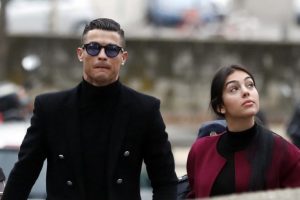 The 33-year-old was convicted of avoiding paying tax on image rights worth over 13,6 million Euros during his time in Spain between 2011 and 2014, with prosecutors saying he funneled money through low-tax companies in foreign nationals.

Ronaldo’s lawyers initially claimed there had been a misunderstanding and denied a deliberate attempt to evade tax, though he has now claimed responsibility and pleaded guilty.