According to Bloomberg, metals like nickel, aluminum, and iron are all expected to see demand increase by 13-14 times between 2019 and 2030

Electric vehicles are quickly gaining traction in automotive markets around the world, with many countries expected to have the cleaner battery fueled cars outpace their traditional fossil fuel counterparts in sales in the very near future.

New car companies, like Tesla in the U.S. and NIO in China, along with traditional car companies, like GM and Ford in the U.S. and Toyota and Daimler in Japan and Germany, are embracing an electric future – a future driven primarily by a rapid advancement in battery technology. Data on the raw materials used to create these batteries shows a predicted monumental increase in demand for base and precious metals in the coming decade.

According to Bloomberg, metals like nickel, aluminum, and iron are all expected to see demand increase by 13-14 times between 2019 and 2030. This increase in demand can be directly traced to the outlook for electric vehicles over the next ten years, with vehicle battery output expected to rise by tens of millions. Other metals important to the creation of electric car batteries, such as lithium and graphite, are also expected to rise substantially in demand by around 9-10 times by 2030.

This demand in metals is pushing a rush from top mining and investment companies across the globe to invest in the acquisition of key materials primarily used in building electric car batteries. Many are betting on the continued decline of fossil fuels like coal and oil, and are transitioning to investments in metals found in batteries, solar panel technology and other cleaner fuel sources. Market outlooks for solar energy and electric car batteries all seemingly point to an enormous boom in demand and an opportunity to make even more money than in previous fossil fuel endeavors. While disasters related to climate change is a factor for companies and investments firms moving away from fossil fuels, the money that stands to be made in these quickly emerging clean energy industries is perhaps an even greater motivation. 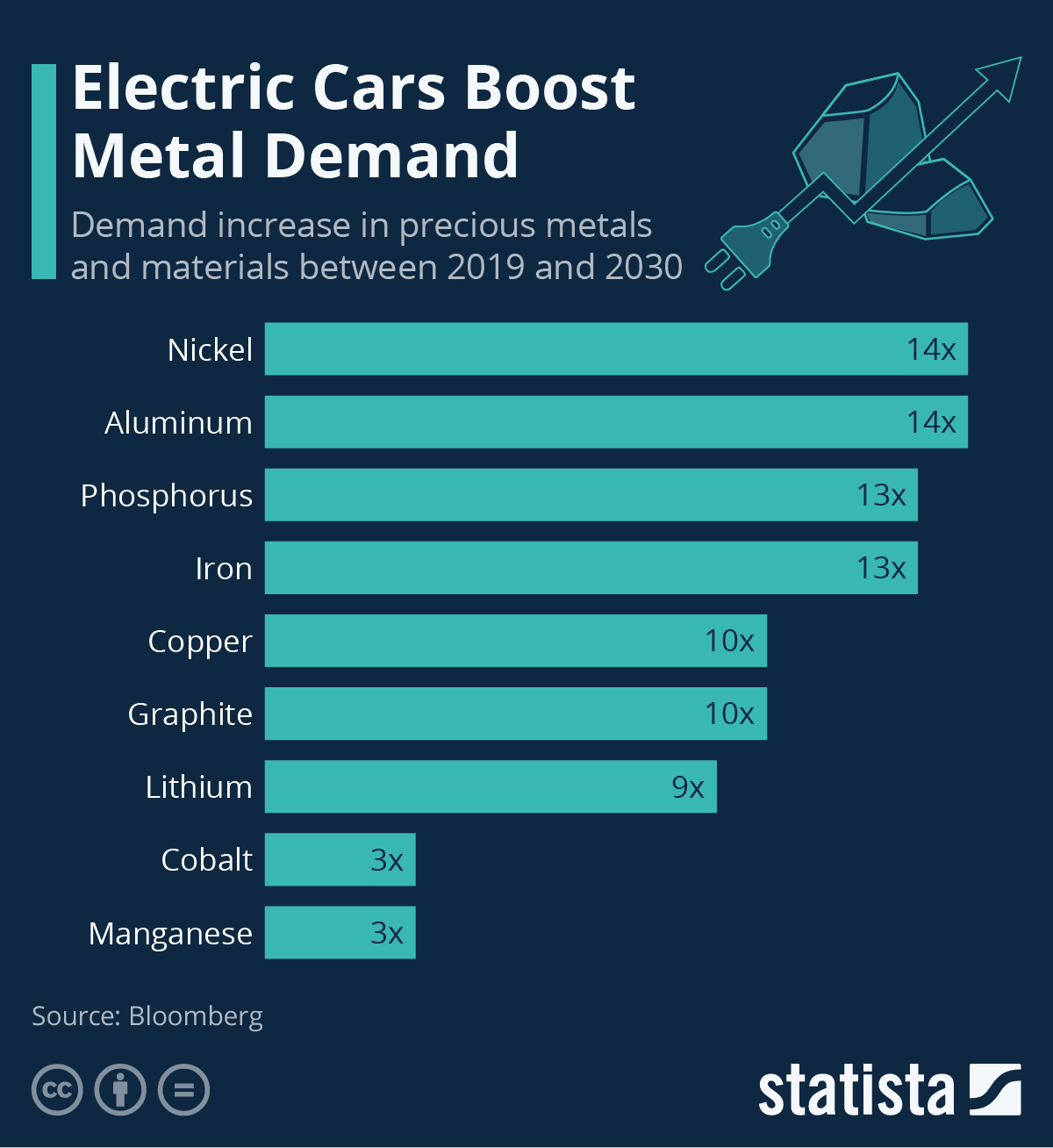