News announced during presentation of Varoufakis’s book in Athens

Former Greek Finance Minister Yianis Varoufakis presented the Greek version of his english book “Adults in the room”, under the titled “Undefeated losers” at the Technolpolis Gazi on Monday night. During the presentation of the book and readings of excerpts by actress Maria Karakitsou, while author Vasilis Vasilikos and former deputy finance Minister Nadia Valavani also addressed the nearly 300 friends the gathered at the venue. The book offers the readers a first hand account on the dramatic moments from the perspective of Mr. Varoufakis on what occurred during the crucial first 6 months period of the SYRIZA government and the negotiations with the county’s creditors which eventually led to the imposition of capital controls on the Greek banks. The news that came out of the presentation concerned the intention by internationally acclaimed director of Greek origin Kostas Gavras to write a script and produce a movie, through a letter read out to the audience at the amphitheatre, as the former Minister had granted Mr. Gavras the rights to the film.
The book is the first-hand testimony of Varoufakis, one of the protagonists of an adventure that led to the referendum and the painful capitulation of Alexis Tsipras in July 2015. 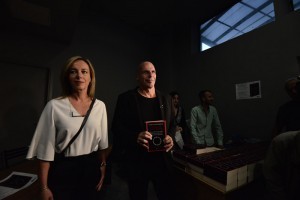 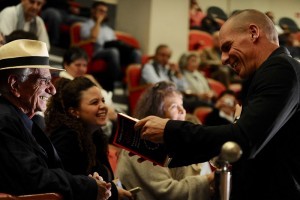 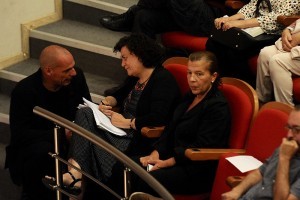 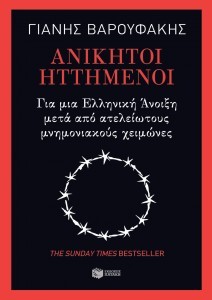