The Germans are the most enthusiastic

When UEFA Euro 2020 kicks off on Friday at 9:00 PM Central European Time, European football fans weren’t the only ones looking forward to a month worth of competition at the elite level.

Since Europe is the epicentre of the football world, fans from all over the globe will tune in when footballing powerhouses Italy, France, Germany, Spain, England, and others clash in the first pan-European championship played in 11 different cities all across the continent.

As the following chart, based on a survey conducted by Sportfive and Statista, shows, American football (soccer) fans are the least enthusiastic about the upcoming tournament. While European club football, especially the English Premier League, has grown a devoted following across the United States, Americans prefer to have skin in the game when it comes to international competitions. 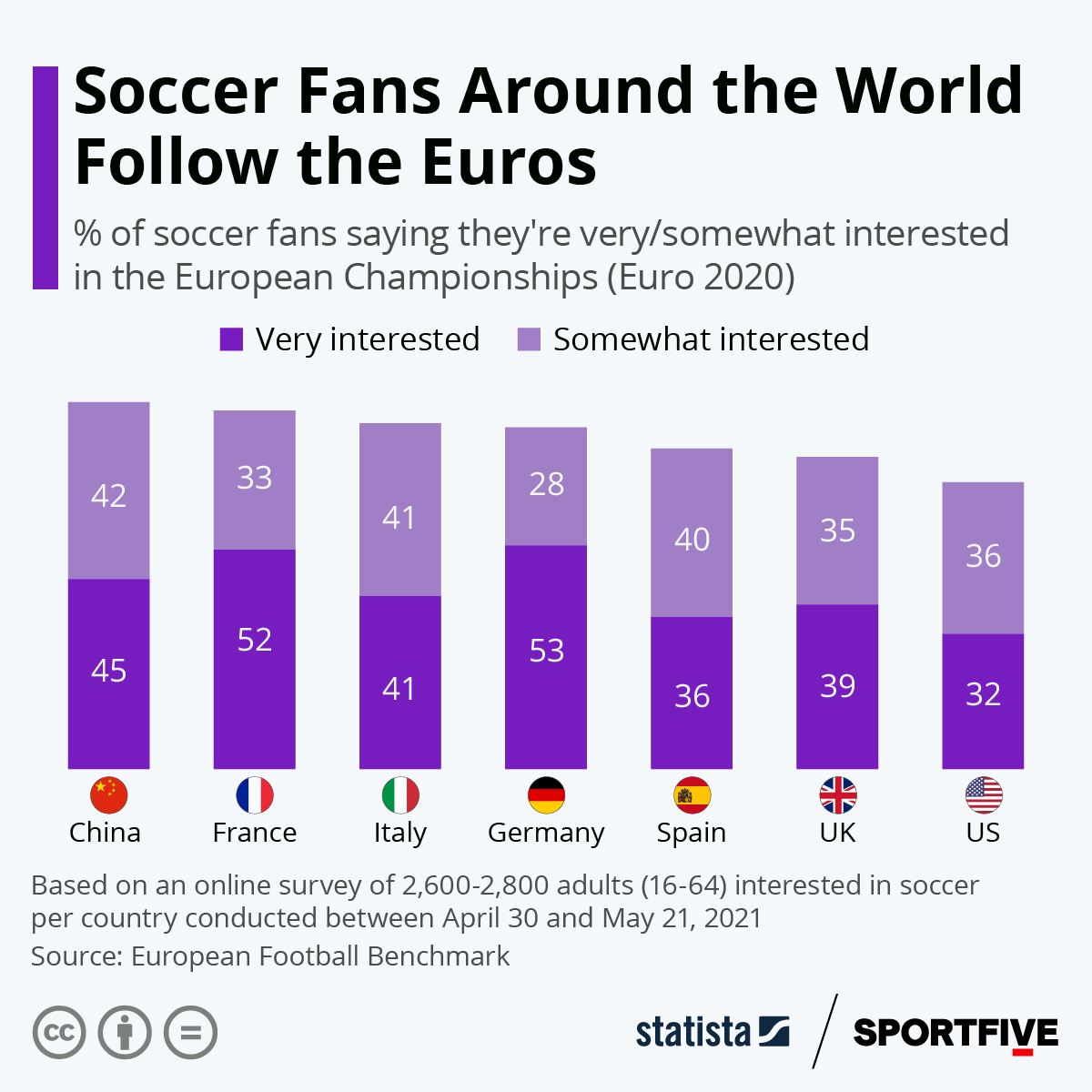 Where Investors Earned The Most From Bitcoin In 2020 (infographic)