GDP figures for the first quarter of 2020 are slowly rolling in and the impact the coronavirus has had on economies around the world is fairly catastrophic.

South Korea announced today that its GDP had fallen by 1.4 percent from Q4 of 2019 and, despite the economy contracting, remains one of the countries affected the least so far. The East Asian country did not shut down its economy fully due to the coronavirus but was successful at reigning in the disease by a combination of early widespread testing, rigorous contact tracing and the closing down of some institutions like schools.

Singapore wasn’t so lucky and saw it’s economy contract by a brutal 10.6 percent between January and March despite having kept the virus in check at least until recently. The historic and unprecedented drop in Chinese GDP of 6.8 percent made headlines around the world.

Central Banks in France and Italy have projected quarterly losses between 5 and 6 percent. Both forecasts were made in mid-April. In the UK and the U.S., national banks have skipped updating their forecasts but different experts expect the U.S. economy contracting by 5-10 percent and the UK economy by as much as 13 percent in Q1.

In Japan, where the economy contracted by an annualized 7.2 percent in Q4 2019, the central bank expects GDP to decrease by 5 percent in Q1. Given the ailing economy even before the coronavirus outbreak and the recent surge of the virus after number were kept low initially, some analysts have predicted a 25 percent drop in Q2 of 2020. 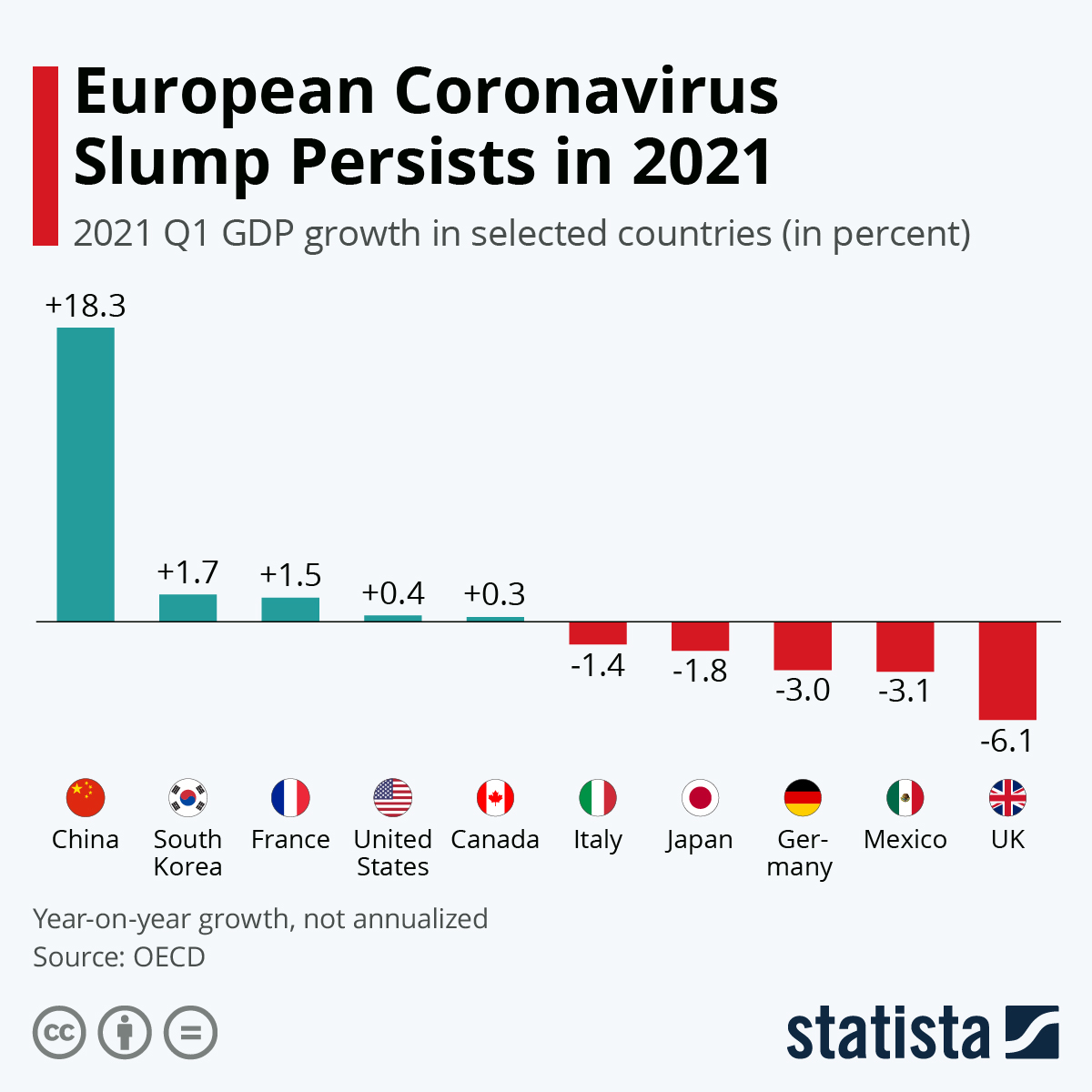