Greek and French fighter jets took part in a joint exercise between the sea area encompassing Cyprus and the islands of Kastellorizo and Crete earlier on Thursday, sending a message of readiness to Turkey’s provocations amid rising tensions.

The exercise lasted for 3 hours and involved a total of 10 fighter jets between the two Air Forces, two French Rafale fighter jets stationed at the Andreas Papandreou base in Paphos, another pair of Greek F-16s that landed yesterday at the Paphos military base in Cyprus and six more Greek fighter jets that took off from Crete for today’s exercise and flew to Cyprus.

The exercise started at 10:30 when the six Greek F-16s took off from Kastelli, Crete and lasted until 13:30 when the Greek pilots landed again in Crete.

The exercise of the 10 fighter jets (8 Greek and 2 French) also included cooperation with the Greek warships moving in the sea area between Cyprus and Kastellorizo.

During the return of the six Greek F-16 Block 52+ fighter aircraft to their base in Crete after the completion of their role in the exercise, they were harassed by Turkish F-16 fighters.

According to reliable sources, the Greek side was expecting the Turkish reaction. A number of Greek fighter jets scrambled from the Kastelli base in Crete, and engaged in dog fights with the Turkish jets, allowing the F-16 Block52+ pilots – who had already completed almost two hours of continuous flight – to land safely at the 115th Combat Wing. 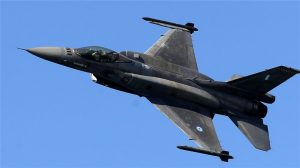 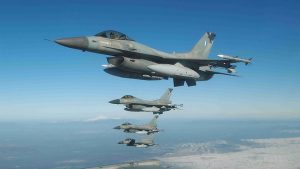 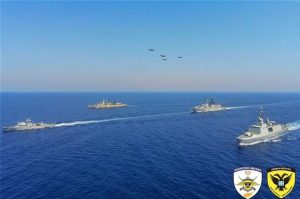 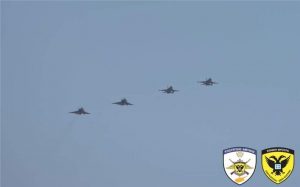 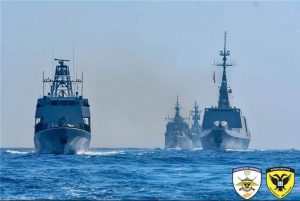