Are you tired of beer pong? Try Kottabos, a 5th-century B.C. ancient Greek party game of skill that requires players to fling wine lees at each other

Years before beer pong was invented, the ancient Greeks played kottabos to pass the time at Greek symposia where privileged men reclined on cushion couches and played the game that is found illustrated on ancient artworks. Privileged women of fine society didn’t attend symposia but hetaires (courtesans) played the sloppy game where winners received all sorts of prizes, such as sweets and even sexual favors. 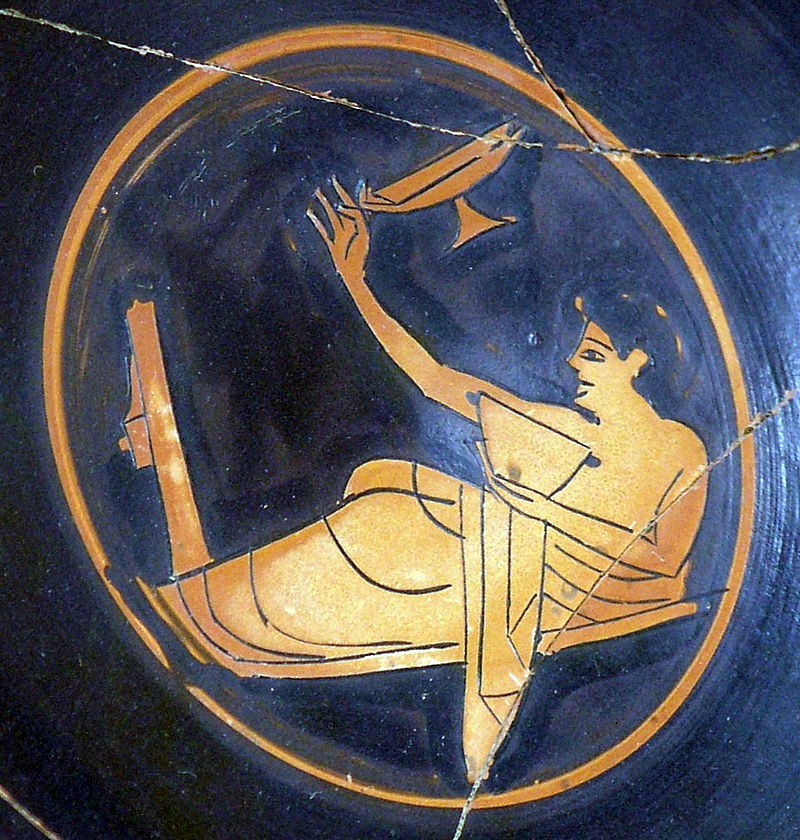 Assistant Art History Professor Heather Sharpe of West Chester University in Pennsylvania tried to recreate the game with her students. It wasn’t as easy as it appears “because we do have these illustrations of it, but they only show one part of the game – where individuals are about to flick some dregs at a target.”

The students used a 3D-printed drinking cup, some diluted grape juice and willing students who soon got the hang of the game and the findings were presented at the annual meeting of the Archaeological Institute of America this month.

There are two ways of playing, according to texts and art works. The goal is to knock down a disc carefully balanced a tall metal stand in the middle of the room. In another version the goal was to sink small dishes floating in a larger bowl of water. Players hit their target with leftover wine at the bottom of their kylix (2-handled ancient Sippy cup with shallow but wide body).

The tondo, circular curve inside the cup, revealed lewd pictures that were slowly revealed as the  wine disappeared. One kylix shows a man wiping his bottom, another shows a man penetrating a woman. 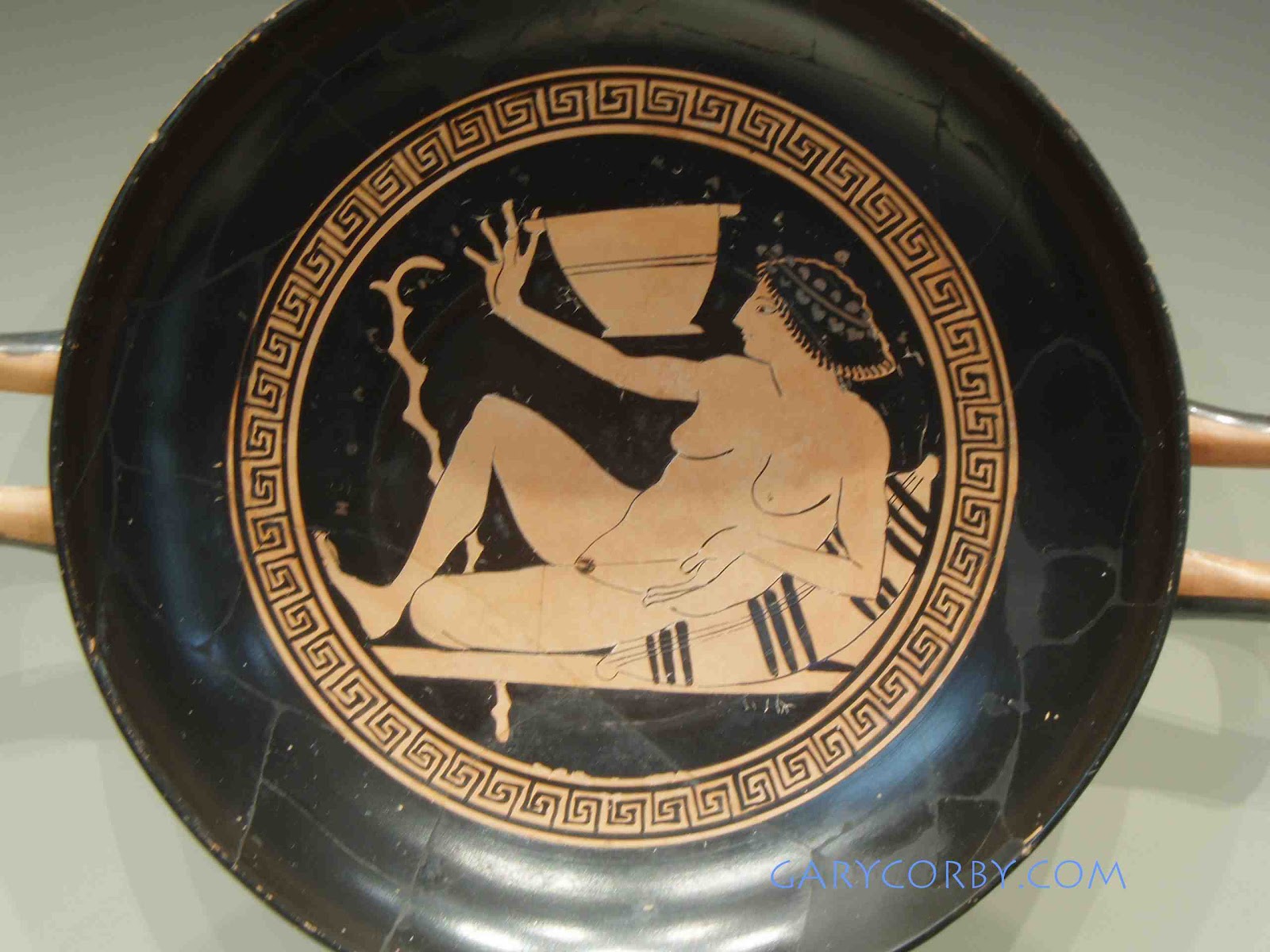 To achieve the best results in kottabos participants had to toss juice overhand at their target as though they were pitching a baseball or throwing a frisbee. Ancient Greek players would utter the name of the object of their affection before flinging the wine (something like Eric Burdon’s song “Spill the wine take that girl.”)

Luckily slaves were around to clean up the mess left behind as the game was likely to leave everyone splattered with wine and puddles all over the floor. 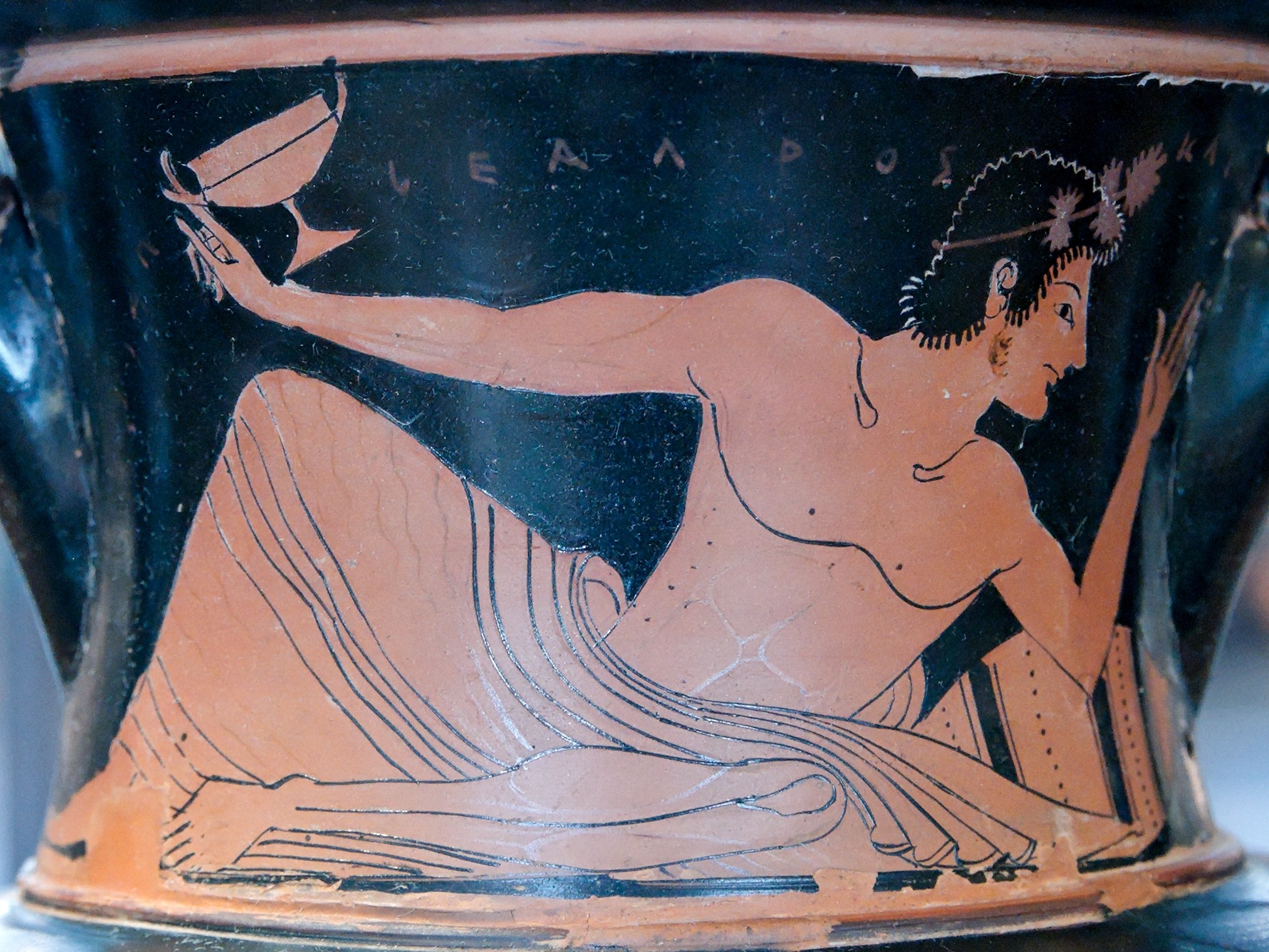