The cause of death is not known. Turkey has launched an investigation

A former British Army officer honoured by the Queen for his work with the White Helmets civil defence group in Syria has been found dead in Turkey.

The body of James Le Mesurier, who received an OBE in 2016, was discovered on Monday near his home in Istanbul, White Helmet sources told the BBC.

The cause of death is not known. Turkey has launched an investigation. 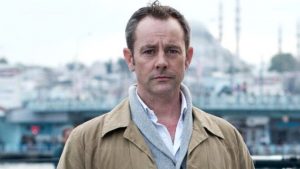 In a tweet, the White Helmets said the group had “learned with shock and sadness the news” of the death of Mr Le Mesurier.

Hamish de Bretton-Gordon, a director of the Doctors Under Fire campaign group and a friend of Mr Le Mesurier, said: “It’s absolutely tragic. He was one of the few people who have made a humanitarian footprint in Syria.”

Mr de Bretton-Gordon said the White Helmets had a very “strong structure” and their work would continue. But he said Mr Le Mesurier’s death had left a “hole to fill”.