At around 15:30′ an ambulance was called in his house and took him to the Red Cross Hospital.

Despite of the efforts by the doctors to resuscitate him Panousis didn’t make it this time.

The singer had suffered another heart attack while on stage on December 2nd 2017.

The news of Jimis Panousis’ death has spread around the country bringing sorrow to his numerous fans.

Jimis Panousis was famous not just for his songs, but especially for his amazing, aristophanic and original humour. 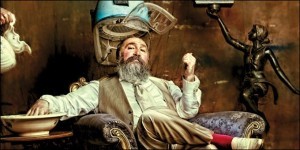