Australia has the highest minimum wage

As the debate in the U.S rumbles on about what the minimum wage should be in light of the Covid-19 pandemic and its subsequent measures that have hit the country’s economy, the current $7.25 federal minimum wage does not compare favourably to other developed countries.

According to aggregate data, from different sources, Greece has a very poor showing, with the current minimum wage standing at only  3.94 euros per hour.

OECD data shows that the U.S. trails many developed countries in the minimum wage league such as Australia where the rate of pay was $12.60 in 2019 constant prices at purchasing power parity.

While France and Germany are also ahead of the current U.S. federal minimum wage, more than doubling it to $15 per hour would catapult the U.S. to the very top of the OECD’s ranking. 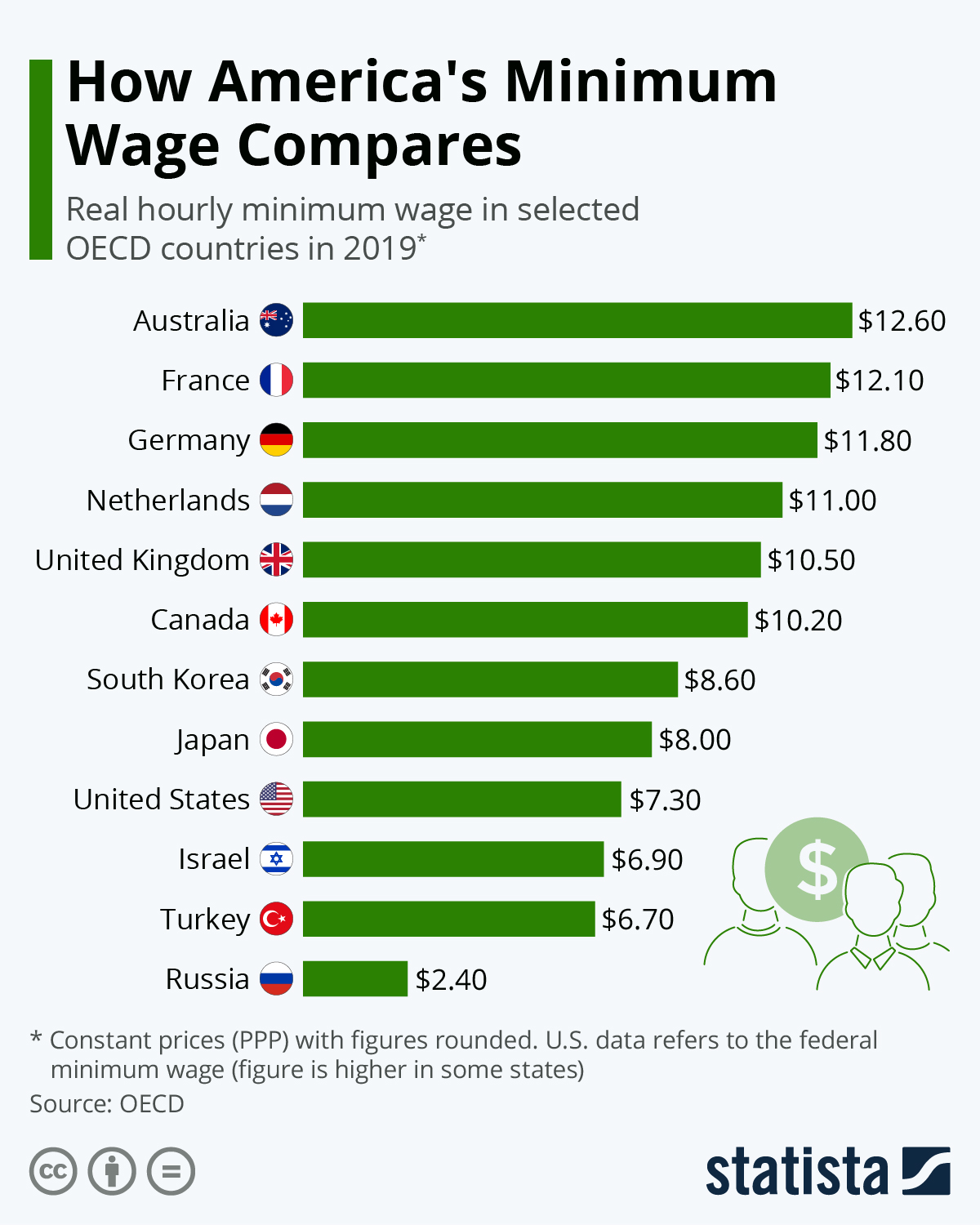