The Greek Prime Minister Kyriakos Mitsotakis visited the National Museum of Contemporary Art on Saturday morning, accompanied by Culture Minister Lina Mendoni, while on his departure, he got into a Tesla electric car to test drive it himself.
During his visit to the National Museum of Contemporary Art (EMST), which opened its doors to the public in February this year after nearly 20 years of efforts, the Prime Minister along with Lina Mendoni went through the museum’s permanent collection, which includes 172 works by 78 Greek and foreign artists. 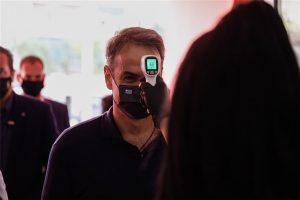 “We said we would open it and we did open it, and now it becomes a pole that does not only concern the city, but this museum will be in the international map”, said Kyriakos Mitsotakis. “I have a lot of thoughts on how we can strengthen it”, he added. 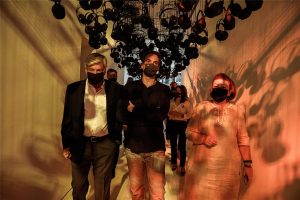 The Prime Minister also visited the UBUNTU exhibition, which consists of 66 works by 34 representative creators of contemporary African art, selected by the Harry David Collection. 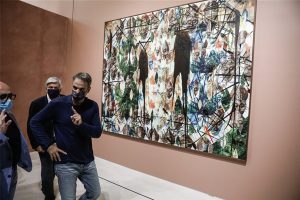 The one body part you should Never clean, according to doctors

The world’s top cocktail is… 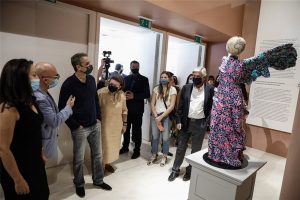 The Prime Minister was guided by Mr. David and his wife Lana Dibier, who explained the sources of inspiration of the artists and how they are reflected in the works. 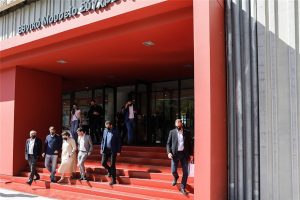 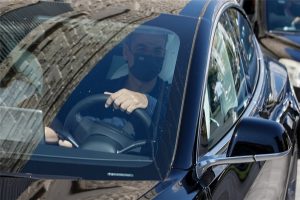