Four injured are in critical condition

An L-410 light aircraft crashed minutes after taking off from Tanay Airport in Russia’s Kemerovo region, killing nine people and injuring 15 others.

There were 24 people on board – two pilots and paratroopers. The plane took off from the airport, but a few minutes later the pilot sent a distress signal that one of the engines had shut down.

The plane, which made its fourth flight of the day, was ordered to return to the airport, but crashed on landing, killing nine people – two pilots and seven paratroopers.

According to medical services, among the 15 injured, four were in serious condition. The plane belonged to the Russian Army, Air Force, and Navy (DOSAAF) and was transporting paratroopers from the Kuzbass training centre. 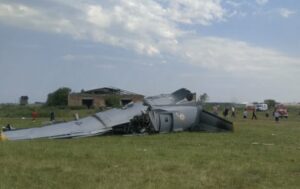 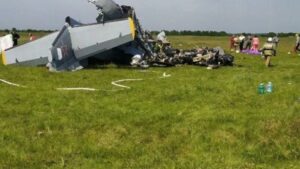