The last time PAOK won the trophy was 34 years ago

PAOK FC have clinched their first Greek league title since 1984 after defeating Levadiakos 5-0 before a home crowd at a packed Toumba stadium.
The historic club from Thessaloniki, Macedonia, which celebrated its 93rd birthday on April 20, could not have hoped for a better gift than its 3rd league title. 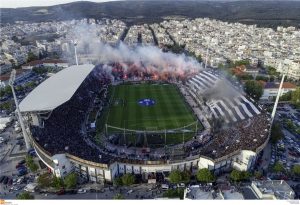 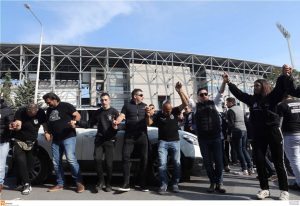 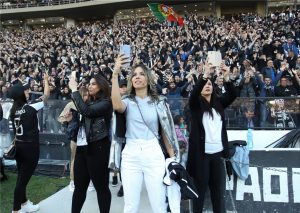 Elated fans from the Greek Bianco-Nero, exuding passion, lit up the 30-thousand capacity stadium packed to the brim with flares and fireworks, as they saw their team beat their opponents and gain an unassailable lead in the Super League against second-placed Olympiakos in the penultimate round of the league. 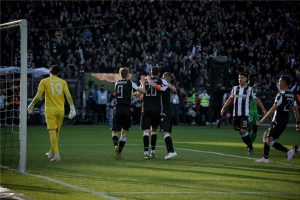 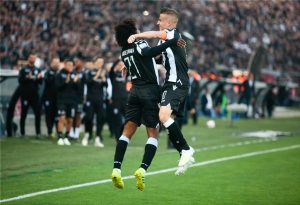 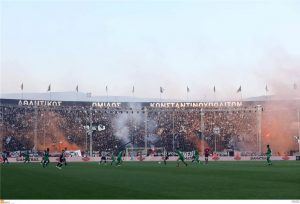 The match seemed more like a foregone conclusion, a pre-celebration party in anticipation of the inevitable PAOK victory than a competitive match, especially after the home side had already struck twice in less than 10 minutes with Shakhov (3’, 60′) and Biseswar (8’). Varela (53′) and Swiderski (81′) scored the other two. 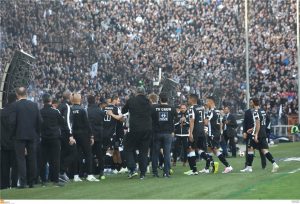 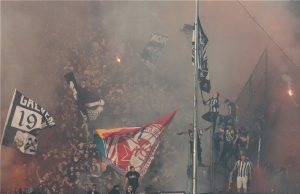 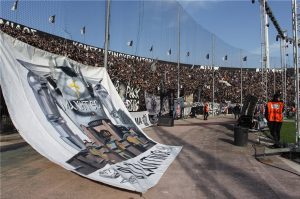 PAOK are on course for a double as they have already gained a 2-goal advantage in the 1st leg of the Greek Cup semi-final against Asteras Tripolis. The second leg is scheduled to be held on Thursday, April 25 in Tripoli.