The Covid-19 pandemic has crippled many economic sectors around the globe. Tourism has been one the hardest hit. One of the industries that are also feeling the impact of the Covid-19 pandemic and its associated measures is the automotive industry. As the virus spread from China to the rest of the world over the past few months, things went from bad to worse for the car industry. As the infographic below shows, the EU has suffered a staggering 55% drop in sales.

What started off as a supply crisis, which temporarily constrained access to parts and raw materials sourced from China, turned into a full-fledged demand shock that saw sales tumble in the face of global lockdowns and financial uncertainty.

As the following chart shows, March has been horrific in terms of passenger car sales around the world, with China and the EU particularly affected. While China’s 48-percent decline in passenger car sales was actually an improvement over the 81-percent drop the Chinese car industry suffered in February at the height of the Chinese outbreak, the worst may be yet to come for Europe and the United States. Both markets had started the year relatively normal before sales fell off a cliff as the crisis started to unfold in March. Considering that April is the first full month under lockdown in most countries and that millions lost their jobs due to the closures, it seems likely that April will be even worse for the automobile industry.

Looking at European sales figures in more detail reveals that things were particularly bad in countries heavily affected by the COVID-19 pandemic. Italy suffered the worst decline with new passenger car registrations down 85 percent, while Spain (-69 percent) and France (-72 percent) were also heavily hit. Germany, which has managed the pandemic relatively well thus far, only suffered a 38-percent decline in automobile sales according to the ACEA. 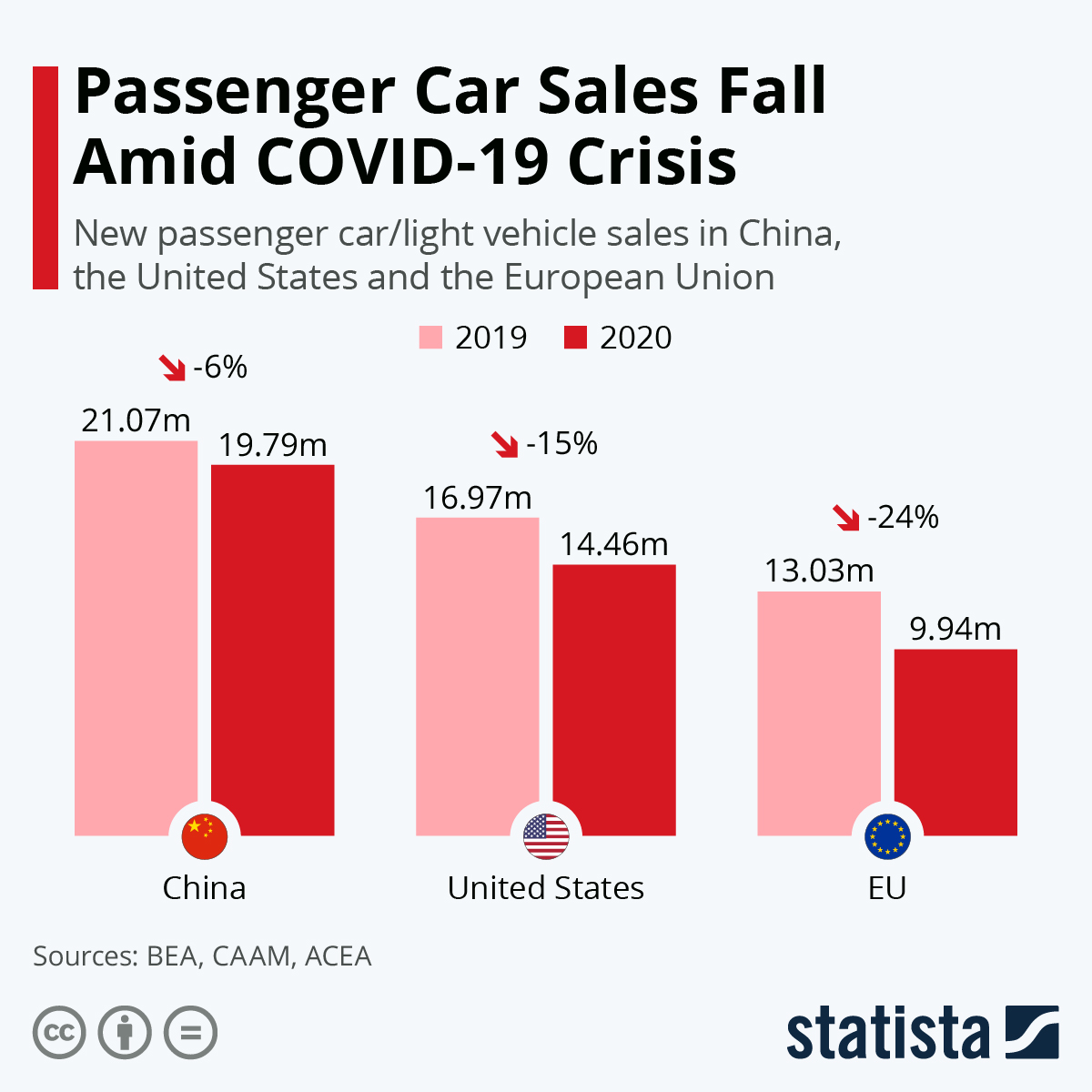