The flow of illegal immigrants and refugees is down by 80%

Prime Minister Kyriakos Mitsotakis expressed his gratitude to the women and men of the Coast Guard, the Navy, and the Greek Police for their contribution to the protection of the country’s maritime borders, during his visit to Lesvos. 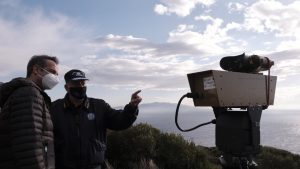 The Greek PM boarded the boats of the Greek Navy that were in the port of Mytilene, accompanied by the Commandant of the Hellenic Coast Guard, Vice Admiral Theodoros Kliaris. 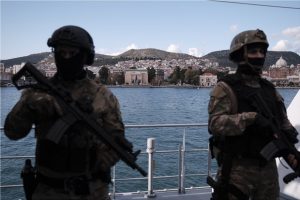 “I had a conversation with the Chief of the Coast Guard, Mr. Kliaris, and I told him that I want to be here in Mytilene before the New Year, personally, to say a big thank you. And you must know that you enjoy not only our appreciation but also our material support. Something that you see and will see in due course, in the possibilities that you have to perform your job better, in the more means that the Coast Guard is constantly adding to vessels of all types, in the reinforcement in human resources” said the prime minister. 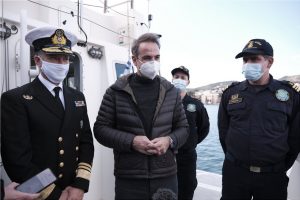 Kyriakos Mitsotakis, continued by saying: “and of course in the very important project, through the National System of Integrated Surveillance of our maritime borders, which will enable us to have a 24-hour, 365-day a year, complete picture of what happens at our maritime borders so that we can intervene quickly and efficiently and do your job better.Thank you again, Chief.” 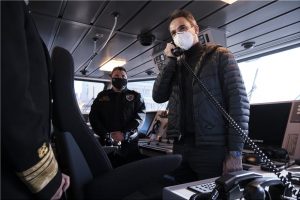 The PM said it had become clear that this government has a different doctrine of border guarding, on land and at sea. “And I am very glad that all the forces are contributing to this joint effort, which by its nature is inter-operational.” 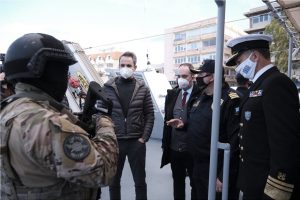 The flows of illegal immigrants and refugees have been drastically reduced this year with an intensification of maritime border guards without neglecting aid to those in need. The volume of flows to Lesvos compared to last year has recorded a decrease of 83%. In addition to the nine local patrol boats, the port forces of Lesvos have been reinforced on a permanent basis with Offshore Patrols, Coastal Patrol Boats, aircraft, and personnel. 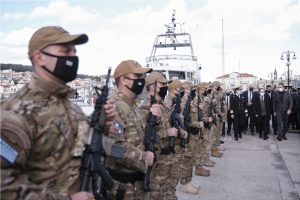 Covid-19: Greece has second-best record for confirmed cases in the EU