The inauguration of the first big data center of Lamda Hellix, was held by the Greek Prime Minister Kyriakos Mitsotakis on Monday morning.
In this way, the large cycle of investments in data centers officially opens, which is aspired to give a huge boost to the digital transformation of Greece.
This is the first of a series of new projects that the company is launching after its acquisition by the American Digital Realty, one of the largest companies in the world in the field of data centers and “neutral” infrastructure. 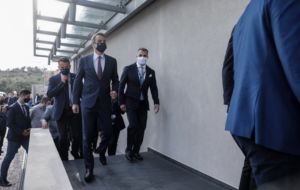 At the same time, the preparations for the start of works of the corresponding big project that Microsoft are underway, having entered the final stages.
The purchase of land that will host the three data centers that are planned, according to information, has already been done, while the relevant announcements are expected by the end of the month. 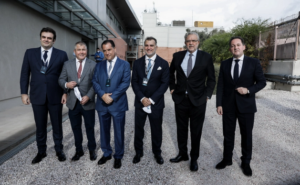 It is estimated that only the investments launched by Microsoft and Digital Realty – Lamda Hellix will leave a direct financial footprint of over 2 billion euros, as estimated by the government and the companies, while the amount of investments for their operation will approach 900 million Euro.
Also other smaller companies invest giving a vote of confidence to the turn of the Greek economy and services in general to the direction of “digital clouds”.

A $15bn new canal for Constantinople 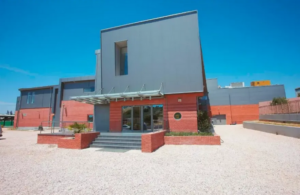 A constant investor in data centers in our country is the subsidiary of Telecom Italia Sparkle, which, last month announced the operation of Metamorfosis II, which is the first “green” data center in Greece, allowing the reduction of the carbon footprint by 28,000 tons per year compared to the corresponding facilities.
Lancom Ltd has also made a new investment in Thessaloniki, constructing the Balkan Gate I data center in the area of ​​Kalochori in Thessaloniki. The company founded in 2009 by Mr. George Nolis already has two data centers, in Athens and Thessaloniki. The new infrastructure center is expected to cover an area of ​​10,000 square meters and to be able to comfortably manage the Internet traffic throughout the country, but also a significant percentage of the Balkans. 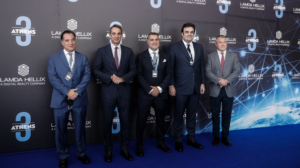 The above companies are not the only ones in the industry. Other groups such as OTE, Synapsecom, Space Hellas, Interworks, Cloudrock, AWS are active in the domestic market. Recently, Hellas Sat announced that it is taking its first steps in the field, turning part of its facilities – approximately 1,000 square meters – into a Data Center. In addition, it is expected to add another 1,200 square meters, in the same or in a new area, through an investment of 8 to 10 million euros.
Tags With: data centereconomygreeceGreek PM Kyriakos MitsotakisinagurationinvestmentsLamda Hellixpolitics