The sudden death of popular actor Theofilos Bandoros at the age of 60 has sent shockwaves in the Greek entertainment community! The sad news of his death became known in the early hours of Thursday, causing deep sorrow to his family, friends, and all those who had worked with him. 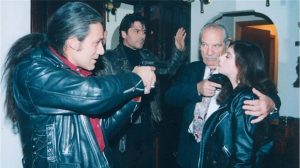 He starred in many popular TV series on Greek television, including the “Vice”, through which he became known to the general public. The son of 96-year-old actor Nikos Bandoros, Theofilos was one of the most beloved figures in TV and theatre. 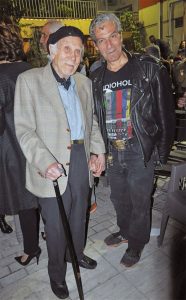 Theofilos Bandoros was born in Athens and studied at the Drama School of the Athens Conservatory and at the same time at the DEREE College Psychology and Sociology. For a decade he lived in Paris where he continued his acting studies. There he met the great philosopher Cornelius Kastoriadis but also Andreas Voutsinas.

Returning to Greece, he starred in many TV series such as “Vice”, “Lampsi”, “Ambitions” and collaborated with well-known directors, including G. Kordellas, M. Manousakis, and others.

US State Department: Turkey’s provocative actions against Greece are contrary to its NATO commitments