The ‘Poseidon 2M39’ torpedo is in its testing stage

Russia is consolidating its control in the Arctic by building a new military base, as satellite images show, while Vladimir Putin is testing a new super-torpedo capable of triggering “radioactive tsunamis.” 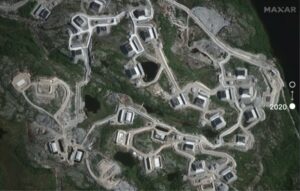 Amid rising tensions and in a second ‘cold-war era between the West and Russia, military analysts are concerned about Moscow’s new superweapon, a torpedo named ‘Poseidon 2M39’, which is currently in the testing phase.

Tensions rise between Russia and NATO, as Ukraine pushes ahead with NATO membership

The terrifying nuclear-powered weapon has stealth technology, while it can remain hidden from coastal defence systems and move along the seabed. Experts say the torpedo could cause “radioactive tsunamis” capable of destroying the polar coastline.

The weapon in time of war would be fired and set off near an enemy coastline, ­triggering a tsunami that would smash coastal defences and infrastructure.

Christopher A Ford, then assistant secretary of state for International Security and Non-Proliferation, previously said the Poseidon is designed to “inundate U.S. coastal cities with radioactive tsunamis”. 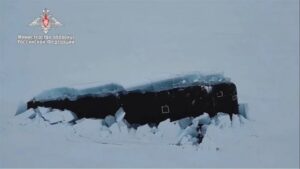