The reason for “Memphis Belle” being a legend? Belle was one of the first heavy bomber aircraft to complete 25 missions with its crew intact, and successfully return to the United States. A feat many thought impossible, as the average for the 8th Air Force at the time was 18 missions before loss of the aircraft and or crew.

Memphis Belle started off as any other Boeing B-17F-10-BO, quietly rolling off the assembly line en route to U.S. Army Air Corps inventory. Bearing the manufacturer’s serial number 3470, USAAC Serial No. 41-24485, Belle was added to the USAAC Inventory on July 15th 1942. On October 1st she would fly to her permanent home in the 324th Bomb Squadron at England’s RAF Bassingbourn. 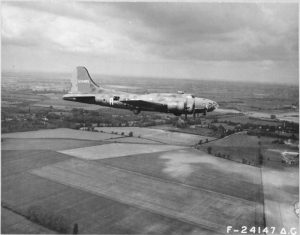 Named after pilot Robert K Morgan’s sweetheart, Margaret Polk, who was a Memphis Tennessee resident, he originally intended to name the aircraft “Little One”, which was his pet name for her. Shortly thereafter, Morgan and co-pilot Jim Verinis watched the film “Lady for a Night,” in which the leading actress owns a riverboat dubbed the “Memphis Belle.” Out of a film and successful proposition to his crew, the name was set. Morgan then contacted George Petty of Esquire magazine, asking for a pinup girl to go with the name. Petty agreed and supplied the now famous art from the April 1941 issue. The art was then painted on by the 91st’s group artist, Corporal Tony Starcer.

On November 7th, 1942 (target: Brest, France), Belle flew out for her first mission. At times, due to aircraft availability, the Belle stayed home for repairs, while the crew flew another available aircraft. Belle was a tough girl, repeatedly taking the hits and continuing to fly, among the damage repaired by Crew Chief Joe Giambrone, includes the replacement of 9 engines, both wings, two tails, and both main landing gear. 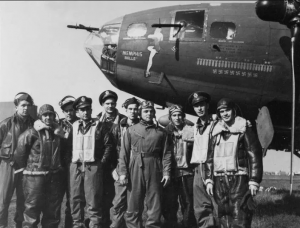 Time: How Erdogan’s increasingly erratic rule in Turkey presents a risk to the world – Analysis

Following the War Bonds tour, Memphis Belle was saved from the scrapyard axe by the Mayor of Memphis Tennessee. After staying many years outdoors and in the elements deteriorating, plundered for souvenirs and vandalized, in October of 2005 the true restoration of Memphis Belle began. After 12 painstaking year as part of the most extensive restoration in USAF Museum history, in May of 2018, the exhibit was unveiled to the public with much fanfare. 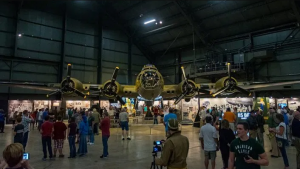 For those of you with a sharp eye, a name must have stuck out. The name of this legendary airplane’s co-pilot was…Jim Verinis and yes, you guessed it right, he was Greek!

James Angelo Verinis was born on October 23, 1916 in Stamford, Connecticut, the son of Greek immigrants, Peter and Diamond Proestakis Verinis. He had three brothers Constantine “Gus”, John and Peter Verinis.

“My family came to America from Greece just after they got married. All their four sons were born here. We spoke Greek at home” recalled Jim Verinis in an interview. 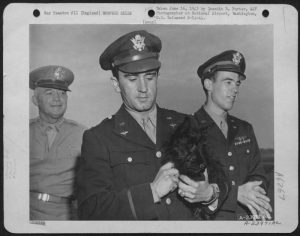 He grew up in New Haven, Connecticut and went to the Hillhouse High School. Jim Verinis was a sparkling basketball player. He was Captain of the team and he earned a basketball scholarship to the University of Connecticut.

Upon graduating from UConn, he entered the Air Force as an Aviation Cadet in July 1941.

He first learned to fly P-39 and P-40 fighter planes. He was then trained to fly a B-17 “Flying Fortress” and sent to the 91st Bomb Group as a first pilot.

After serving as co-pilot of the famed “Memphis Belle” for numerous missions, Verinis was given a B-17 of his own to command. He named his plane the “Connecticut Yankee”.

Verinis retired as a Lt. Col. in the Air Force Reserve.

For most of his civilian life, Verinis ran his own contract furniture business, JAVCO Inc. He was a member of Race Brook Country Club for 48 years and a lifelong parishioner of St. Barbara Greek Orthodox Church. 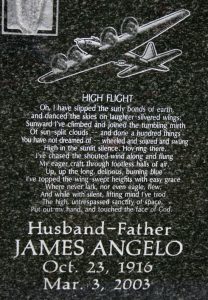 Verinis is survived by his wife Marie Panagos Verinis and his children Steven J. Verinis and wife, Mary Ann and James P. Verinis.

The countries most vulnerable to Covid-19 impact on tourism (infographic)

…and his “Stuka” the Scottish Terrier

Stuka was a Scottish terrier, belonging to Jim Verinis and became the crew mascot of both the “Memphis Belle” and the “Connecticut Yankee”. 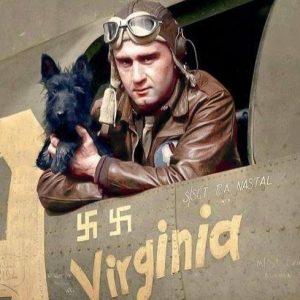 Stuka was born in England and was living in a pet shop in London when Captain Verinis found her and brought her to live with him where he was stationed, at the USAAF barracks near Bassingbourn. Captain Verinis and Stuka became great friends, together they helped boost the morale of the servicemen everywhere they went. Stuka became known as the ‘mascot of the Memphis Belle.’ She was a faithful companion of the crew of the Memphis Belle (she even had her own dog tags like the soldiers did!).

Stuka ended her life as James’s pet in the USA.