Some of them look like they just left the factory…

Sitting on cases of captured German weapons since 1945 with few takers these days, the Russians are planning on recycling some. 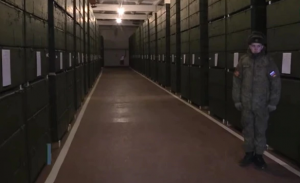 In the above video from Tvzvezda, the news outlet for the Russian Ministry of Defense, Major-General Igor Konashenkov is shown pawing through sample crates taken from a mountain of the same inside a dimly-lit warehouse near Moscow and showing off their contents– guns formerly owned by the Wehrmacht during WWII that have been under lock and key for over 75 years.

According to the FAN news agency, the Red Army collected more than 3 million such weapons during WWII and immediately afterward, and still have “a very significant amount of captured Wehrmacht small arms,” in storage. 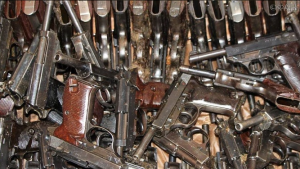 Defense Minister Sergei Shoigu last month said that the new Church of the Russian Federation Armed Forces will utilize the metal from some of the guns as walkways and steps, in celebration of the Soviet Union’s victory in what the Russians term the Great Patriotic War. 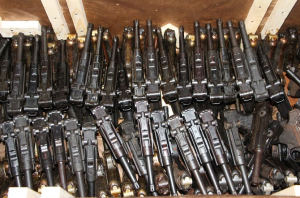 “We would like every square meter to be symbolic, for this we will cast off the steps of the temple from the captured German equipment,” said Shoigu. 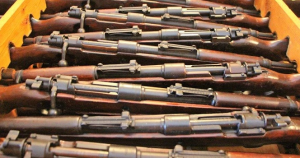 Among the firearms displayed are Walther P-38s, complete with wartime brown bakelite grips. 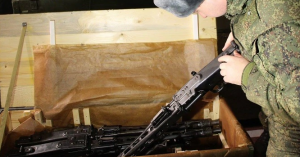