The indigenous Ethnic Greek minority of Albania is experiencing a “velvet” ethnic cleansing while Europe is preparing to accept Albania in the EU!

It’s been 107 years to the day since the declaration of the Autonomy of Northern Epirus. Here is, in short, the story of the struggles of the indigenous Greek population residing in Albania and the threats they are still facing today. 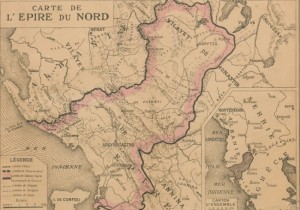 During the Balkan wars (1912-1913), the Greek Army defeated the Ottoman Turks and liberated among other areas the Greek cities and villages of Epirus. However, with the Florence Protocol (17-12-1913), the Great Powers of the time (Great Britain, France, Russia, Germany, Austro-Hungary, Italy) granted the areas of Argyrokastro, Koritsa, Delvino, Agioi Saranda, Himara etc. in the newly established Albanian state, regardless of the a fact that their population was entirely Greek.

These areas in the southern part of Albania have since been named “Northern Epirus” since the geographical region of Epirus has been divided between Greece and Albania. 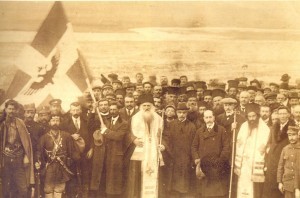 Each year, the Northern Epirots honor the anniversary of their Independence as a reminder of Greece’s historical obligations towards the indigenous Greeks of Northern Epirus. 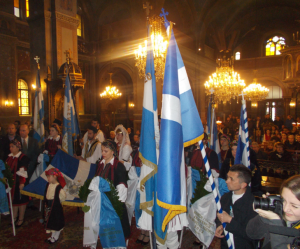 What is the situation today?

On the occasion of the last Albanian elections, one of the main figures within the Greek minority that voices these concerns, the president of the “Association of Northern Epirus” Mr. Babis Karathanos, was interviewed by Himara.gr, a news website dedicated on issues related to the National Greek Minority of Northern Epirus.

The representatives of the Greek minority are active in the defence of their rights in Albania.

A resolution by the “Association of Northern Epirus” was handed over to the Greek Parliament, in which there are the answers to certain demands-warnings of Albania towards Greece.

Regarding the Albanian demand for recognition by Greece of the Florence Protocol, which recognizes the current Greek-Albanian borders, Greece should -according to the resolution- ask in return the implementation by the Albanian government of the Corfu Protocol which essentially grants Autonomy to Northern Epirus.

Also, regarding the “warning” by the Albanian Prime Minister Edi Rama that if his country does not join the European Union, it will proceed to the annexation of Kosovo, the resolution clarifies that should something like that takes place, then Greece should ask in turn the annexation of North Epirus, as the two cases are almost identical.

The current Greek government is in talks with Albania over a number of issues like the Exclusive Economic Zone, the construction of cemeteries in Northern Epirus for the Greek soldiers that were killed during the push back operation against Italy in WWII, but there is no information about any talks regarding the well-being of the Greek minority of Albania.

Europe, on the other hand, is paving the way for Albania to become a full member of the EU, totally neglecting the situation in Northern Epirus.

Is this the Europe of “values & principles” we want? 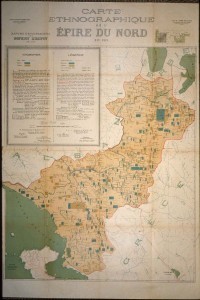