Exactly 80 years ago the “Battle of the Metaxas Line” begun. The “Metaxas Line” was the Greek equivalent of “Maginot Line” in France built by Ioannis Metaxas. It was a defensive line located in Northern Greece along the borders with Yugoslavia and Bulgaria. The Metaxas Line comprised of a total of 21 bunkers and among them the now legendary “Rupel Bunker” (Ρούπελ), all of them equipped with anti-tank poles, wires and everything that is necessary to stop an advancing force.

In April 6th 1941 the German troops attacked Greece from both the Yugoslavian and the Bulgarian borders. A series of amazing and heroic fights between the Greek soldiers and the Germans forces took place which lasted almost four days and nights. The Germans were surprised by the heroic Greek spirit and the disproportionate losses they had. Approximately much more than 800 were KIA -including a big part of the XVIII Mountain Corps- and more than 2500 were wounded, all in just under four days. 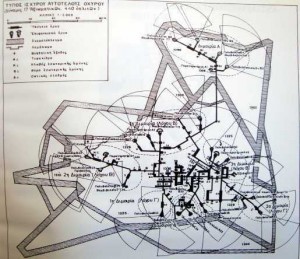 It should be noted that the Metaxas Line did not break. Since the Metaxas Line was not finished when the war began, the German forces entered from a part of the front line not protected by the fortresses. Greece was forced to surrender and the fortresses were ordered to stop fighting as it was by then pointless.

The Germans, impressed as they were of the fighting abilities and valor of the Greeks, did something for the first and last time in all of World War II: they agreed on the terms imposed by those they had defeated. The Greek side demanded that,

1. No Greek was to be taken POW,
2. The Greek troops were going to leave the bunkers with their weapons and the officers with their swords and finally,
3. No German soldier was to enter the fortresses until the last Greek soldier had left and the Greek flag was lowered by the bunker’s garrison.

But the Germans did one more thing: when the Greek soldiers were coming out of the fortresses, an honorary contingent “presented arms” and the Greek commanding officers were asked to inspect the German contingent.

Even Adolf Hitler on his May 4th, 1941 speech at Reichstag said about the Greeks:

“Historical justice, however, obliges me to say that of the opponents that have taken up arms against us, most particularly the Greek soldiers, have fought with the greatest bravery and contempt of death. They only capitulated when further resistance became impossible and therefore useless.”

It was about the same time Winston Churchill stated that: 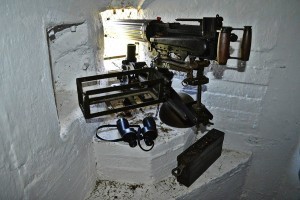 During the “Battle of the Metaxa Line”, many scenes of bravery took place. Probably the most notable and sad is the story of Sergeant Dimitrios Itsios. In the western side of the line, on the Greek mount “Beles” there were three fortified machine-gun nests, Π7, Π8 and Π9 (Π=Πυροβολείο=Machine-gun nest), with a handful of soldiers. Their position on the hill is called in Greek “Beautiful Hill” (Ομορφοπλαγιά). 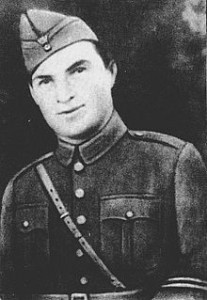 The Germans attacked with the 6th Mountain Division under the command of Field Marshal Ferdinand Schörner. The attack on the location of the Beautiful Hill was relentless but the German troops were not able to advance. Still, they kept pressing on. Inside the bunker Π8 there was Sergeant Dimitrios Itsios. As the attack was continuous, it became obvious to him that that eventually they wouldn’t be able to stop the attack. He ordered his men to leave and go help the inner defense lines. He decided to stay and cover their retreat and take down as many Germans as he could. Two of his men disobeyed his orders and stayed with him. He fought for another four hours and every German attack against Π8 bunker failed.

But, eventually, after firing more than 38.000 rounds, Π8 went silent as the machine gun ran out of ammunition. By then Itsios alone had killed 238 German soldiers and one Colonel, the only high ranking officer killed in the “Battle of the Metaxas Line”.

When the German soldiers arrested the two Greek soldiers and Sergeant Itsios, the German Field Marshal along with a German officer who spoke Greek and acted as a translator, came face to face with him and as testified by the two soldiers that had stayed, the following dialogue took place:

Schörner: Who is the commanding officer of this bunker?

Schörner: You? A Sergeant? Isn’t there a higher ranking officer? A Colonel? A Major?

Itsios: No sir, only me and these two soldiers.

Schörner, then took Itsios to see the killing field with the countless dead Germans.

Schörner: Sergeant, this is your work. I congratulate you. Do you know, that you killed almost all of the men I sent against you plus one Colonel?

Itsios: I’m sorry, sir, but i was defending my country.

Schörner: I’m sorry too, but I have to do my duty as well.

It was the first day of the German offensive against the Metaxa Line and one day after Itsios’ birthday. He was 35 years old.

Since, Sergeant Itsios was a POW, this was officially the first of many war crimes committed by the German forces in Greece.

Today, Sergeant Dimitrios Itsios is recognized as a Greek hero, with the “Beautiful Hill’ being like the modern Thermopylae.

Ferdinand Schörner died in 1973. He was never charged for this crime… 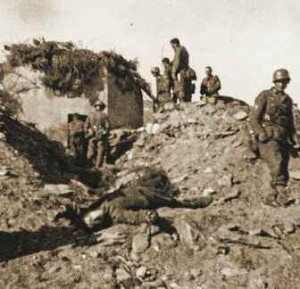 (A photo of Dimitrios Itsios dead infront of Π8) 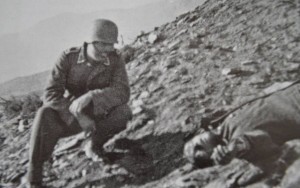 (The bunker Π8 as it is now. It is open to the public. Itsios was executed exactly 2 meters behind the Greek flag on the foreground) 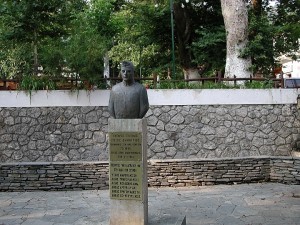 Taiwan to run ‘war games’ in light of Chinese aggression

How the Chinese viewed the Byzantines: A fascinating audio extract from a primary Chinese source (video)