New forces are going to the fire front

The fire that broke out on Thursday afternoon in Vourliotes, Samos, is out of control, with the mayor of the island declaring that he will propose the declaration of a state of emergency.

The lieutenant general of the Fire Brigade, Ioannis Stamoulis, coordinator of Operations in the Aegean and Crete, described the “situation that has been formed” as “difficult”.

As he said “the outbreaks of the fire in Vourliotes are scattered and the fire due to the winds is directed south, towards the mountain”.

Meanwhile, the Samos Fire Department and the police proceeded with the precautionary evacuation of two hotels located near the front of the fire.

A total of 210 people are reportedly being evacuated.

At the same time, the village of Kokkari was evacuated also.

A total of 37 firefighters with 15 vehicles, three helicopters, three aircraft and volunteer firefighters are involved in the firefighting battle. 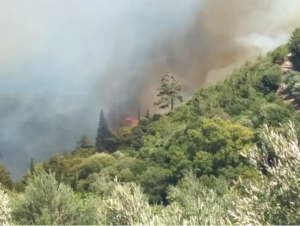 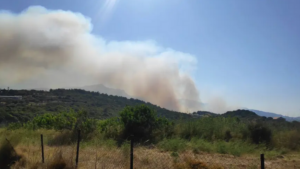 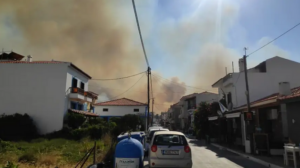 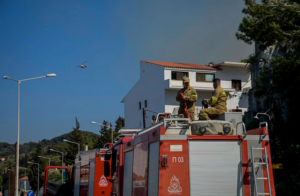 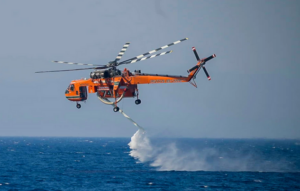 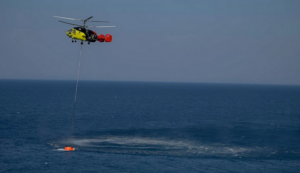 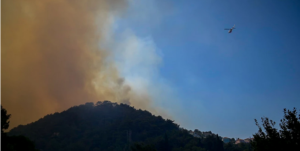 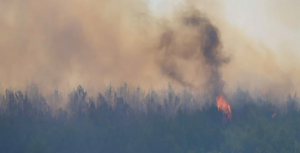 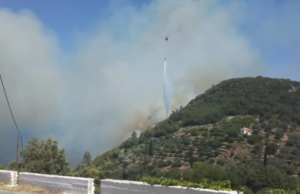 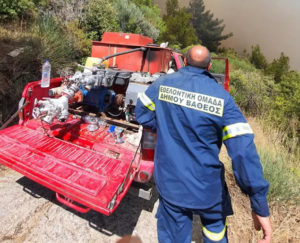 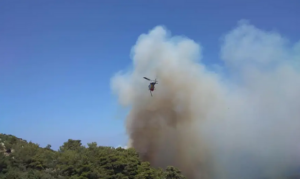