The tremor was felt in Attica

A strong 6.0 earthquake struck in Thessaly a little after 12 pm on Wednesday.

According to revised data by the Geodynamic Institute, the earthquake was measured at 6.0 on the Richter scale, and occurred 21 km SW of Elassona, and had a focal depth of 10 km.

At the same time, the Euro-Mediterranean gives the earthquake at 6.9 Richter, with a focal depth of two kilometers, at 24 kilometers west – southwest of Larissa.

The tremor was felt in Attica. No injuries or damage was reported.

Immediately after the earthquake, the Civil Protection forces were mobilised (Fire Brigade, Hellenic Police, EKAB, Local Authorities), while the 1st, 2nd, 7th, and 8th Special Units for Disaster Management (EMAK) of the Fire Brigade are on red alert and their forces are moving towards the area.

A government unit is also headed to the area under the direction of the Minister of State, Theodoros Livanios.

A helicopter of the Fire Brigade is conducting aerial surveillance over the wider area to detect possible damage, while a special team of EMAK drones is approaching the area to map any landslides and collapses of buildings.

According to the reports so far, the tremor caused material damage to a house in the area of ​​Mesochori, Elassona, where an operation to free an elderly person was successfully completed, as well as to a school in the area of ​​Damasi Tyrnavou, while no injuries were reported. 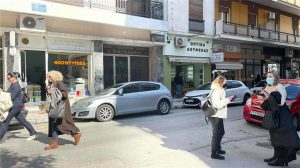 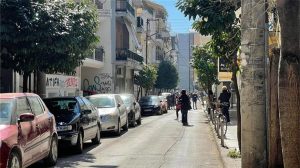 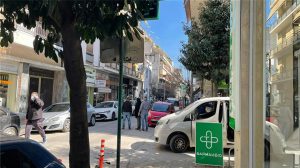