The top ones should be no surprise

Despite people around the world embracing face masks, enthusiastically fashioning their own and even crediting widespread face mask use with the success of COVID-19 responses in some Asian countries, the habit hasn’t quite caught on in Europe and the U.S. yet.

The exception is Italy, a country hit hard and early by the coronavirus. Here, 81 percent of survey participants said they had worn a face mask because of the COVID-19 pandemic, comparable with responses in China, Japan and India. Vietnam had the most people saying they had worn a mask because of the coronavirus (91 percent), according to data from Ipsos. Face masks became mandatory in some Italian regions in early April but were embraced in many places throughout the country.

The Coronavirus Crisis and Leader Approval Ratings around the world (infographic)

Wuhan doctors who were critically ill with coronavirus wake up to find that their skin has turned dark!

Authorities in other Western countries were slower to recommend covering one’s face to inhibit the spread of the coronavirus, with experts pointing to the limitations of the practice, the possibility of intensifying shortages for health care workers and the many ways of using a mask the wrong way.

Despite drawbacks, several European nations are now mulling making masks compulsory, for example during activities such as shopping. Several German states have just made the practice mandatory in more crammed settings. According to the Ipsos survey, only 20 percent of Germans had used a mask by April 12, a number that is likely to rise. Wearing a mask was also made mandatory in seven U.S. states and encouraged in many others after a CDC recommendation in early April, resulting in the fact that 50 percent of Americans have at least given them a try. In France, mask wearing was recommended nationwide, and 34 percent have tried them out. 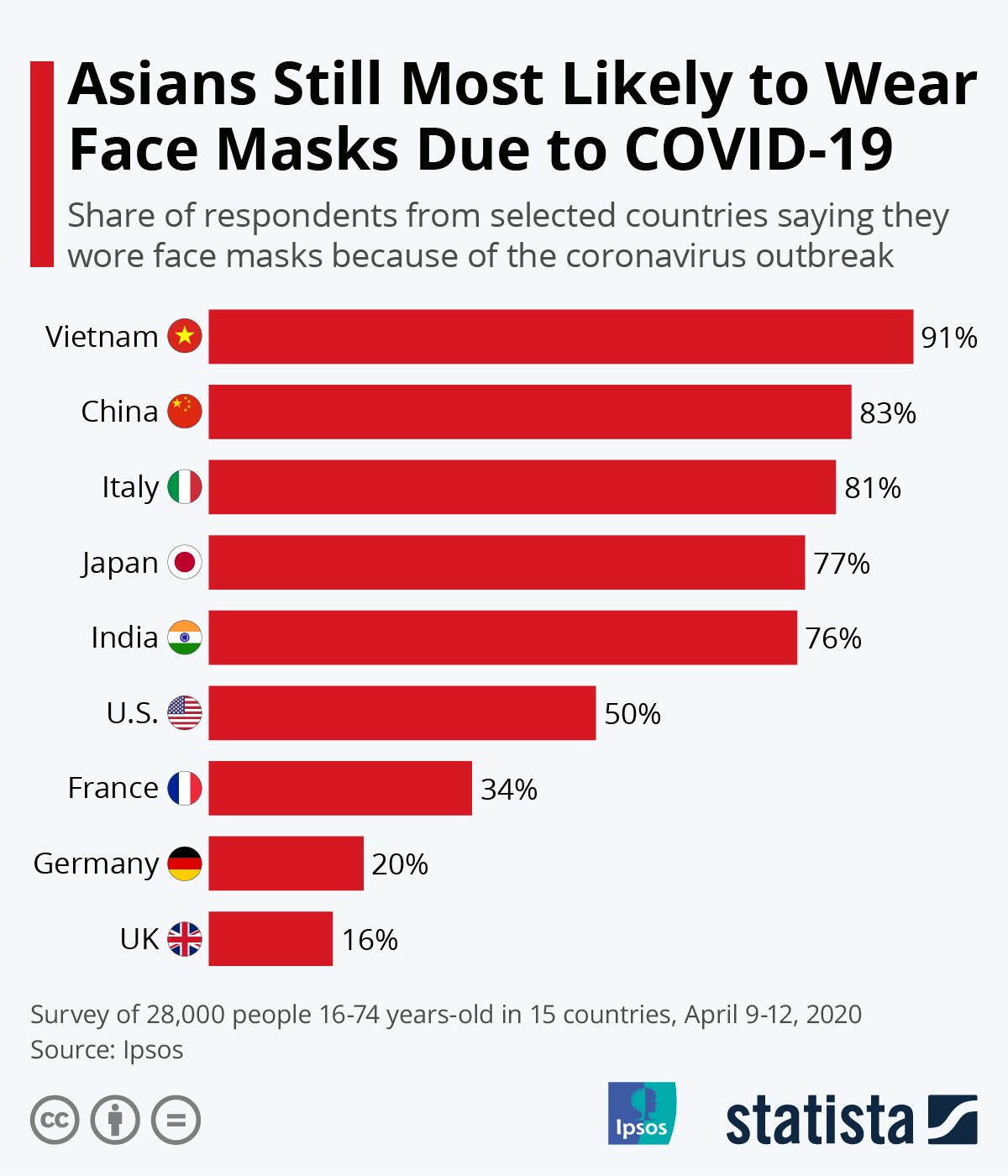