UK PM Boris Johnson was up 18 points since February

Despite the massive impact of the coronavirus crisis in Italy, where over 180 thousand people have so far contracted the virus and 24 thousand people have died, leading to the country’s healthcare system to be catastrophically overwhelmed, its leader Giuseppe Conte is riding an unprecedented wave of popularity. Having Jumped to 71 percent in March, his highest rate since taking office, his approval rating in April is 63 percent – still a whole 11 points higher than his figure for February before the national lockdown was announced.

It’s a similar story in the UK too, where Boris Johnson, who spent a couple of nights in intensive care due to Covid-19 himself, is 18 points up on February. This, although his government’s response has been under severe fire in recent weeks due largely to low testing capacity and a drastic lack of PPE for medical staff.

ND widens gap to 23.3% from SYRIZA in latest poll

Where this coronavirus goodwill ends though is in the United States where the starkly divided population has been unmoved by Donald Trump’s crisis response to cross any of the deeply set party lines. Comparing poll averages in February to those in April show a very modest one-point increase for the president.

In Brazil, Jair Bolsonaro’s inept handling of the spread of the virus has caused his already low approval ratings to drop by another 6 points since February – from 34 to 28 percent – with his grip on power seemingly at an all-time low. 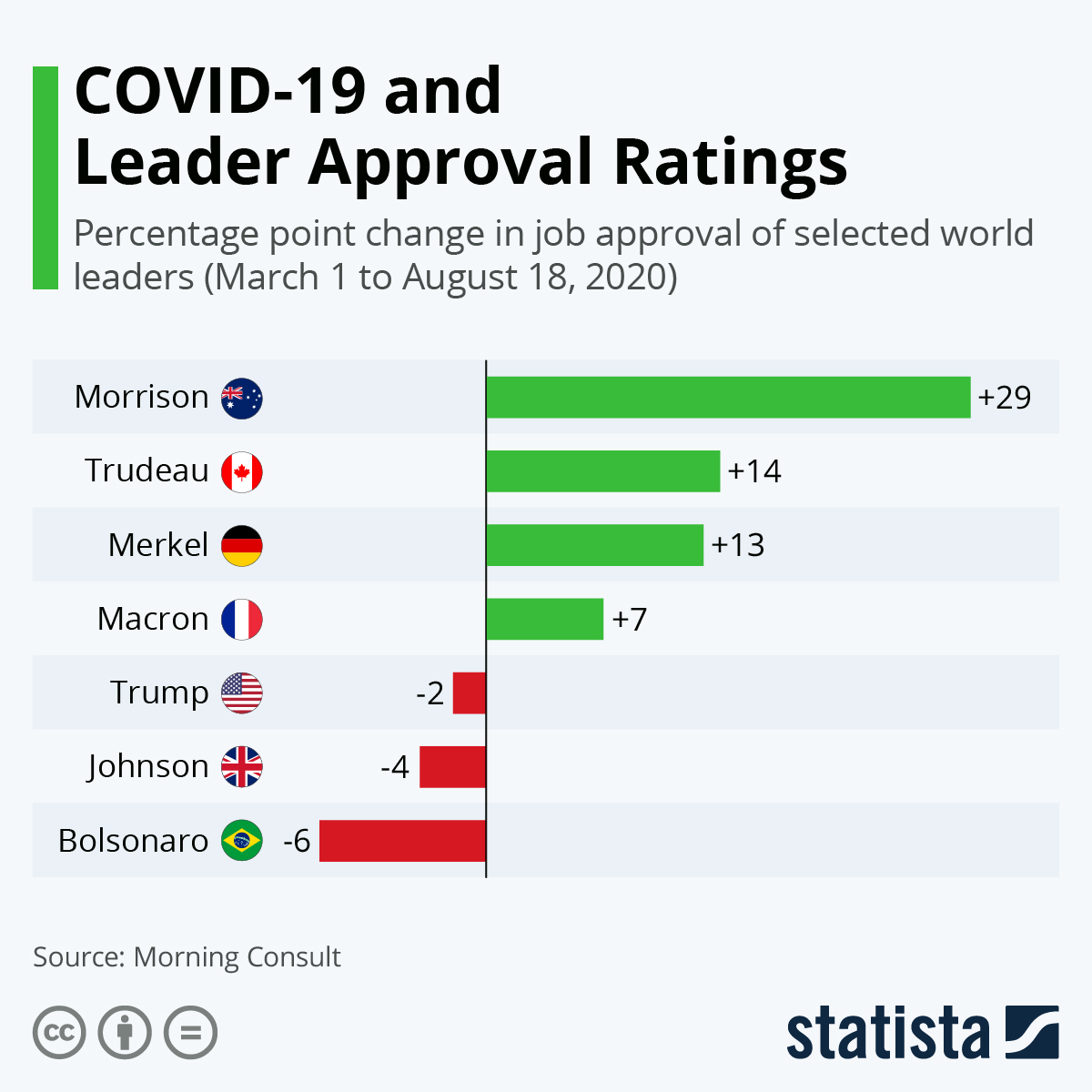