Cybersecurity is at the top

The United States has had to cope with a long list of threats down through the years from geopolitical tensions with major adversaries such as China and Russia to international terrorism and the spread of infectious diseases. Ultimately, the latter emerged as one of the most serious threats the U.S. ever faced in 2020 with Covid-19 claiming well over half a million American lives by late March of 2021.

Despite the gravity of the pandemic, the spread of infectious diseases is not viewed as the most critical threat to the U.S. by the public. Gallup recently released the results of a poll which found that cyberterrorism and the use of computers to cause disruption and fear in society is actually viewed as the top threat by Americans. 82 percent of the 1,021 respondents polled between February 03 and 18, 2021 cited that as the most critical threat the country is going to face over the next decade.

The development of nuclear weapons by North Korea and Iran came second and third on the threat list while international terrorism and infectious diseases were tied in fourth place. 72 percent of the U.S. public consider both of the latter a critical threat to the country over the coming ten years. 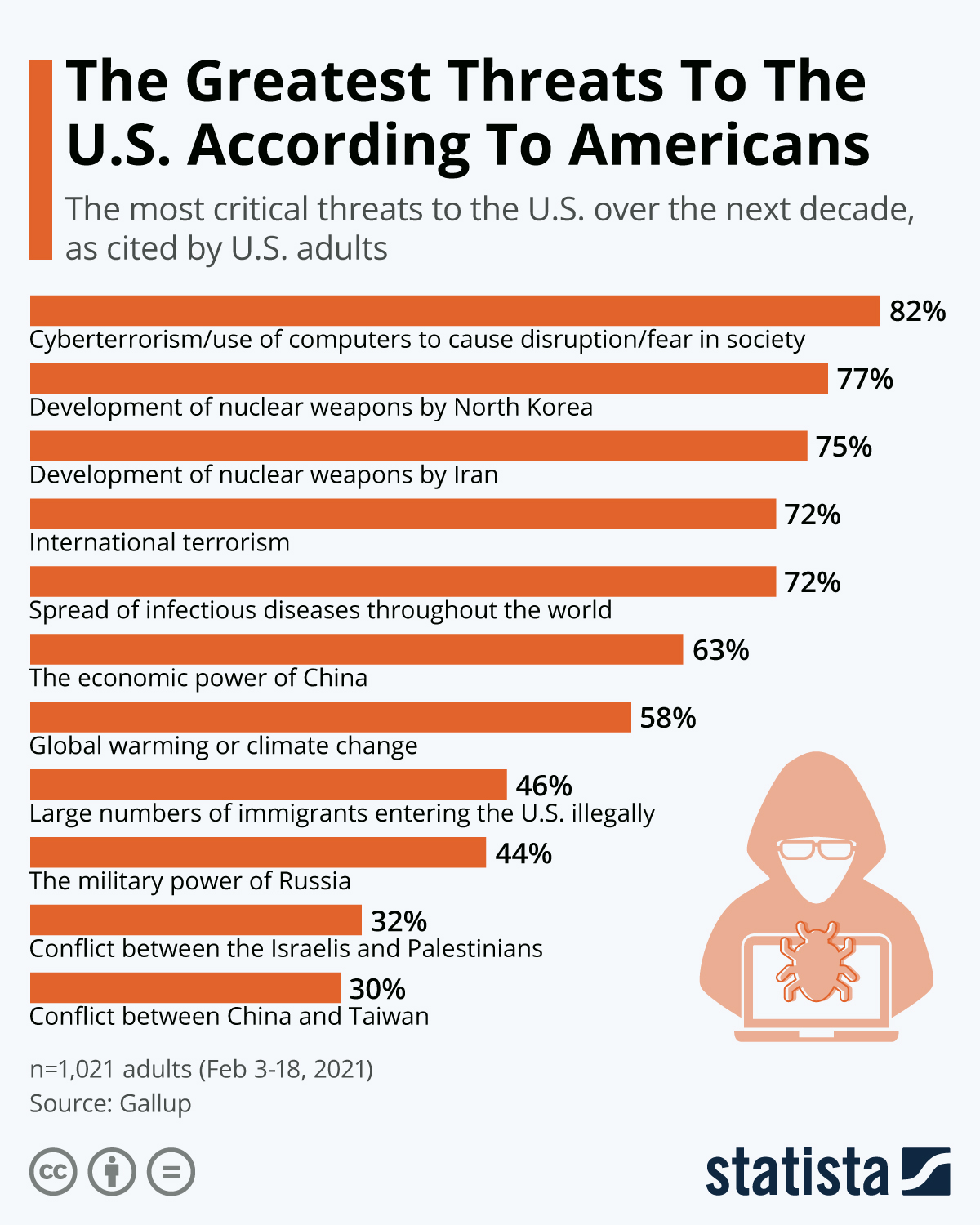