The EU and Schengen area countries announced that they were reopening to travellers from outside their borders amid the COVID-19 pandemic. Only 14 countries ended up on the list of places from which the EU can be entered again, with China being a possible 15th entry if it in turn decides to open up to travellers from Germany as well.

The list only includes three countries from the wider European region (Serbia, Montenegro and Georgia) and three more North African nations (Morocco, Tunisia and Algeria). Independently of the list published yesterday, UK citizens are still treated the same as EU citizens until the end of the year as part of the Brexit transition period. They are therefore still able to enter the EU and Schengen areas until that date, even though the entry of citizens of third countries into EU/Schengen via the UK would not be allowed currently.

The EU said criteria for the green light on travel were that countries have had new case counts relative to population size close or below the EU average for the last 14 days and that the case counts followed a downwards trend. Also, the countries’ COVID-19 response had to be rated as solid and the case counting as reliable in the eyes of the EU. Essential travel, for example by medical personnel, and travel by EU citizens and long-term residents is exempt from the rule. 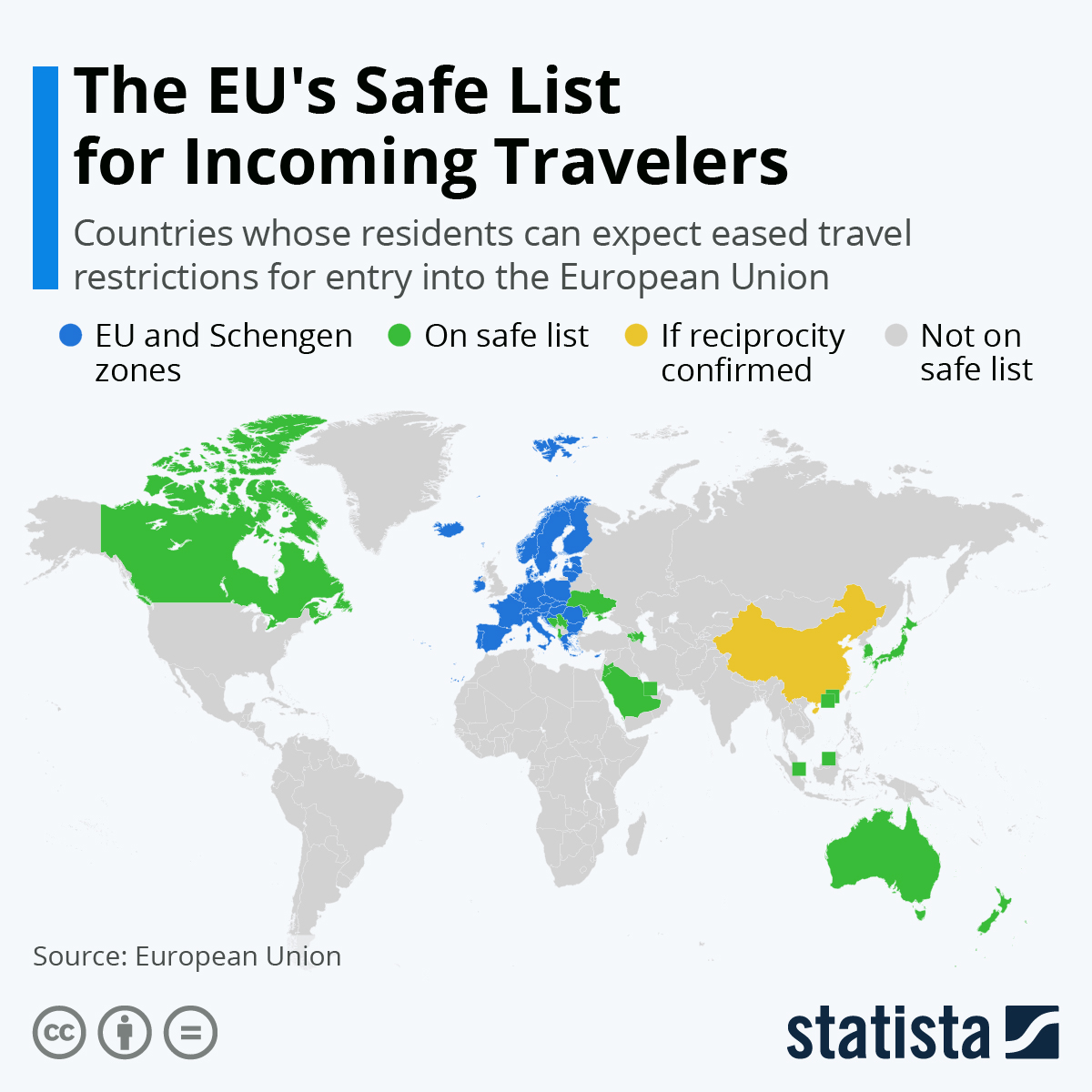