The Chinese are the most eager to take the vaccine

Experts have warned that the race to produce a Covid-19 vaccine could make the pandemic worse in the long run. A weak or partially effective candidate could potentially result in people believing they are immune to the virus, resulting in higher rates of infection. That warning was recently voiced by Professor Richard Peto of Oxford University and an adviser to the World Health Organization, who said that the first vaccine would be distributed all over the world, even if it had low efficacy.

Quoted by The Guardian, he described the ongoing development process as “a big rush, a somewhat nationalistic rush and also somewhat capitalistic rush”, before adding that “we do need a vaccine that works and we need it soon,” but “we really do need quite strong evidence of efficacy”. Peto’s caution is echoed by some nationalities, according to a recent poll by Ipsos MORI. Around the world, some publics are extremely cautious about a vaccine and remain reluctant to take one, with the vast majority of respondents citing potential side effects as a reason to avoid getting one.

So where are people least concerned about taking a Covid-19 vaccine if it was available? Ipsos MORI found that 97 percent of people in China would take one, along with 88 percent in Brazil, 87 percent in India and 85 percent in the UK. Russia recently announcing that it was aiming to bring its Sputnik V vaccine to the market at some stage this month, despite the fact that it did not undergo large scale testing. Only 54 percent of Russians say they would take a vaccine if it was available, with the share of people in France also low at 59 percent. In both Germany and the United States, 67 percent of respondents say they would agree to take a vaccine, according to the research. 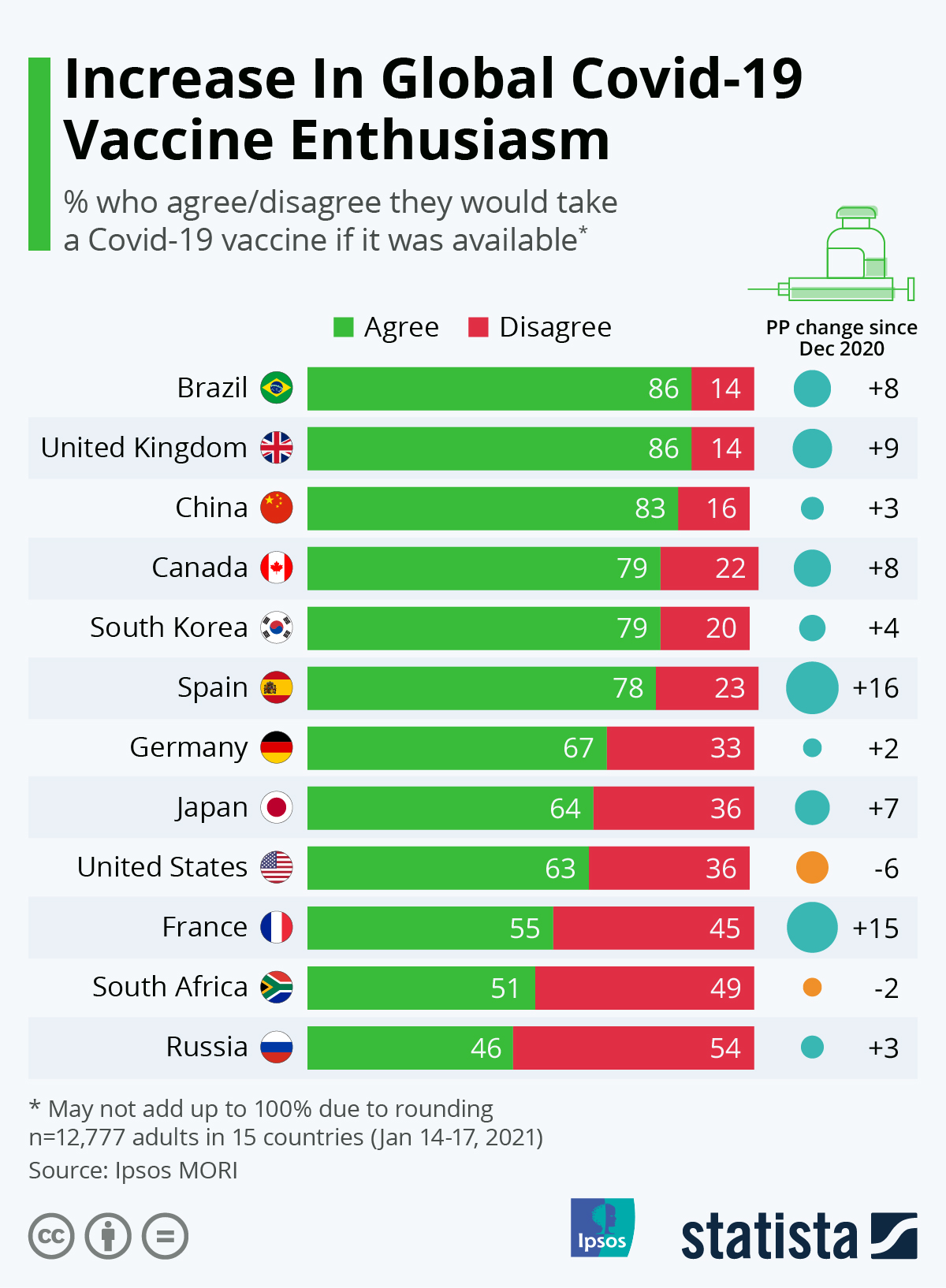