Residents are trying to save their property

Crete sustained heavy damages again today due to the bad weather, with the municipality of Hersonissos being at the center of the problems.

Dozens of flooded homes and ongoing rescue operations are the result of heavy rainfall since dawn on the island. 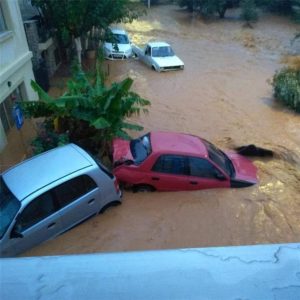 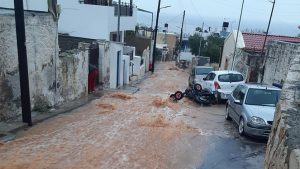 The calls to the Fire Brigade, from early in the morning, exceed 100 and the inhabitants of the surrounding areas of Hersonissos face once again the nightmare of the floods.
The crews of the Fire Brigade are trying to rescue citizens from houses and vehicles.

The level of nearby small rivers has risen, roads have been turned into lakes and the commander of the Fire Brigade of Crete calls for residents to be transferred to higher places.
Among the areas with flooded houses are Anisaras, Analipsi, Koutouloufari and Stalis. 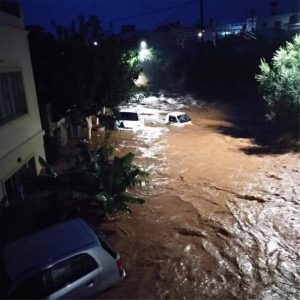 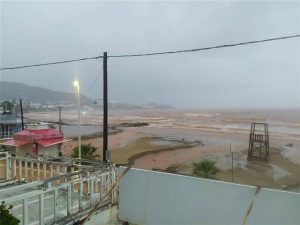 Residents are trying to save their property.

The schools in Analipsi, Moho and maybe Gournes will be closed, in order not to endanger parents and children.

Landslides occurred in Spilia, from Agios Sozontas to Peza and in other parts of the provincial road network. 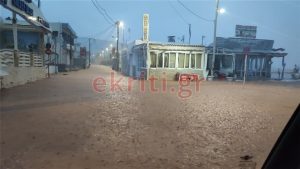 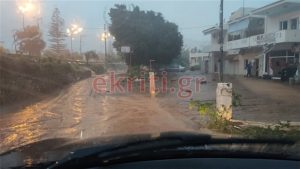