As tensions in the Eastern Mediterranean region continue to rise, with Turkey demonstrating no real intentions of relenting its aggressive stance against Greece, the Greek side is compelled to upgrade its military deterrence as a response to Turkish threats.

With the recent agreement for the acquisition of the 18 Rafale fighters now completed -only the final signatures between the French and Greek Ministries of Defense remain to seal the deal- the Greek side is hastening procedures to reinforce and enhance all branches of its military. 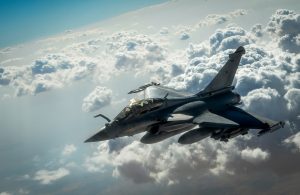 The priority of standing Defence Minister Nikos Panagiotopoulos – who kept his portfolio after the recent reshuffle – is the maintenance and upgrading of existing military equipment, as well as the procurement of new, modern equipment where required.

There is no doubt that the ten years of harsh austerity and huge cutbacks in public spending adversely affected the modernisation of the Greek Armed Forces. But despite the financial difficulties facing Greece, the country has managed to a degree to maintain relative competitiveness in the ‘arms race’ with Turkey and keep a semblance of a balance of power in the region.

As mentioned, the Hellenic Air Force is acquiring the mighty Rafale, upgrading the F-16 block 52+ fighters to Viper, and will be receiving spare parts for the Mirage 2000-5. Greece has also expressed official interest in Lockheed Martin’s F-35s.

The Navy is also in the process of receiving upgrades, as the purchase of new frigates has been decided by the political leadership. France is expected to submit a new improved proposal to Athens in January, while the US has also submitted a bid for the sale of warships. The political and military leadership will soon gauge all the proposals on the table and reach a final choice of the country that will undertake to create the new Greek frigate. 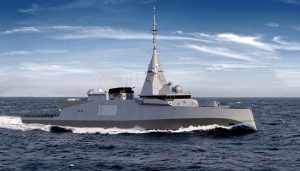 Meanwhile, the procurement of the famous Romeo anti-submarine helicopters is in the works, generally considered the most powerful weapon in the field of anti-submarine war. The MH-60R Romeo also nicknamed Seahawk is a maritime helicopter using technologies of the SH-60B and SH-60F, a twin turboshaft engine, multi-mission helicopter based on the United States Army UH-60 Black Hawk and a member of the Sikorsky S-70 family. It is the most capable naval helicopter available today designed to operate from frigates, destroyers, cruisers, and aircraft carriers. The total cost of Romeo is $295 million. However, with the purchase of these helicopters, Greece will be gaining a clear advantage in the “silent war”. 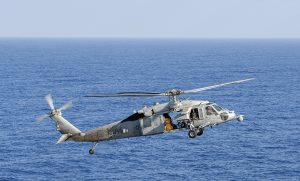 Another important agreement for Greece is the acquisition of 36 new German heavy-duty torpedoes for the state-of-the-art Type 214 submarines. The agreement also provides for the modernisation of part of the SUT torpedoes of the 1980s.

The army is also in the ministry’s plans for an upgrade, as it is the backbone of the Armed Forces.

At the top of the agenda is the replacement of the old infantry weapon and the military personnel vehicle, with the G3 gradually being withdrawn from active duty and the legendary Mercedes finally giving way to new vehicles.

At the same time, one of the weapon systems for which the General Staff of the Army has expressed intense interest is the Israeli anti-tank missiles Spike, with Greece being interested in the newer version, the Spike NLOS, which is a multi-purpose weapon and not only anti-tank, which changes the balance due to its long-range. Spike is an Israeli fire-and-forget anti-tank guided missile and anti-personnel missile with a tandem-charge HEAT warhead, currently in its fourth-generation. 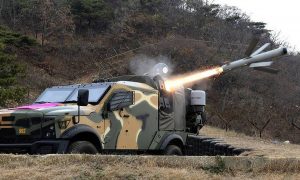