The Pentagon has confirmed that images and videos showing unidentified flying objects buzzing over Navy warships off the coast of California were taken by Navy personnel.

The photos and videos were gathered by the Unidentified Aerial Phenomena (UAP) Task Force and leaked to filmmaker Jeremy Corbell.

One of the videos recorded in 2019 shows what appears to be pyramid-shaped objects hovering above a Navy destroyer, according to Mystery Wire. Mr. Corbell said the video was taken on deployment from the USS Russell.

He said he verified the video’s authenticity after gaining information from a Pentagon intelligence briefing in which officials confirmed the footage was shot by US Navy personnel, according to New York Post.

Mr. Corbell said that the briefing listed multiple events involving several ships in July 2019 and there were some drone sightings on 14 and 15 July. 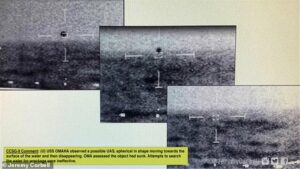 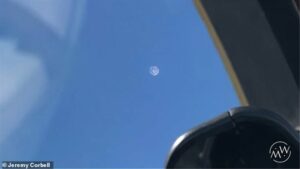