The largest one was in Haiti

On January 12, 2010 at 16:53 local time the earth shook in Haiti. The devastating quake, which had its epicentre in the capital Port-au-Prince, killed around 316,000 people and plunged the country into a severe humanitarian crisis. More than 1.5 million people became homeless. Even today, ten years later, the Haiti disaster is still the earthquake with the most fatalities since 1900, as this infographic with data from the United States Geological Survey shows.

Other severe earthquakes in recent history occurred mainly in China: around 273,400 people died in the Haiyuan earthquake on December 16, 1920; the devastating earthquake in Tangshan in July 1976 killed around 242,800 people according to official Chinese statistics, with estimates of far more – up to 650,000 – fatalities.

Haiti has not yet recovered from the disaster. According to the “Alliance Development Helps”, the country is in a serious crisis, partly due to corruption. Haiti was, before the earthquake, and still is the poorest country in the western world. 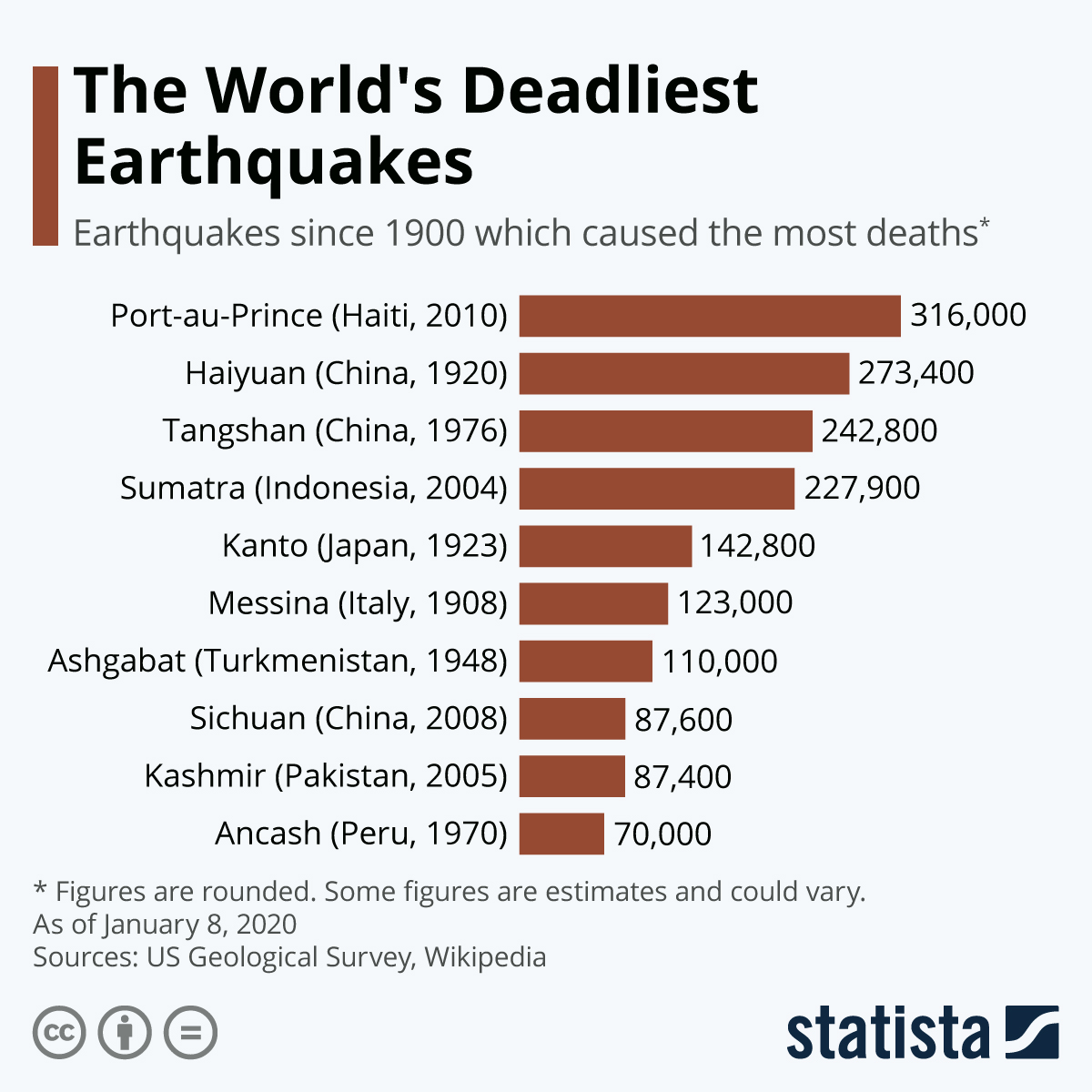