One of the areas that Greece holds a comparative military advantage over Turkey is underwater, as demonstrated in the recent crisis in the Aegean Sea.

THEMA entered the ‘ghost’ submarine HS PAPANIKOLIS (S-120), which played a crucial role during the standoff between the navies, moving in stealth and undetected by the Turkish Navy, following and pinpointing the location and movements of the Turkish warships and providing cover for the Greek ships. 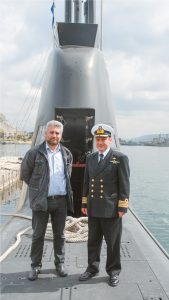 The crews of the “silent hunters” of the Hellenic Navy, about 164 officers, and non-commissioned officers, for months, managed to keep the Greek “black ships” undetected by Turkish helicopters, electronic warplanes, submarines, and warships, ‘blinding’ their sonar and radar signals. 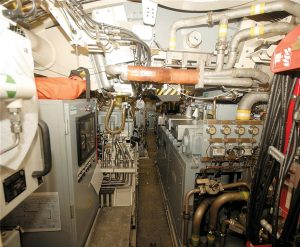 As Greek Defence Minister Nikos Panagiotopoulos recently said in Parliament: “They have proved their worth as factors of superiority in the field in the recent crisis”, adding about the “black ships” type 214: “The Turkish forces are still looking to find them due to their special propulsion characteristics…” 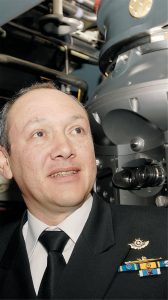 What the Minister of National Defense did not say is that Ankara has ordered to the Germans six identical submarines with the four Greek type 214, “Papanikolis”, “Matrozos”, “Katsonis” and “Pipinos”. Recep Tayyip Erdogan is aiming for the first German-built submarine of the Turks to be ready in 2023, to celebrate the 100th anniversary of the founding of the Turkish Republic. 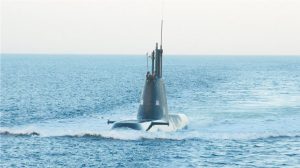 The realisation of the strategic importance of the “Papanikolis” type submarines in the field during the “Oruc Reis” crisis led the Greek government to formally ask the Germans to impose an arms embargo on Turkey by halting the construction of 21 similar Turkish submarines. The German Chancellery is currently refusing to terminate the contract for the sale of German submarines to the Erdogan regime. Berlin is hiding behind a half-truth saying it has not given new approval for the export of critical military equipment to Turkey. However, the sale of the six submarines to Turkey threatens to rock the balance of power between Athens and Ankara. In essence, Angela Merkel is indirectly becoming complicit in Erdogan’s aggression. 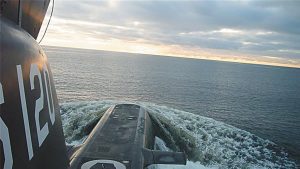 “THEMA” was guided to the interior of the sub and presents the advantages of using a state of the art vessel, something Turley does not possess.

The “Papanikolis” is the first of four submarines type 214 that the Hellenic Navy has in its arsenal since it entered into service in 2011. Greece spent a total of more than 2 billion euros for the acquisition of the four submarines, not counting the approximately 100 million euros that will be paid for the supply of new torpedoes. 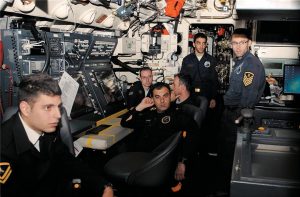 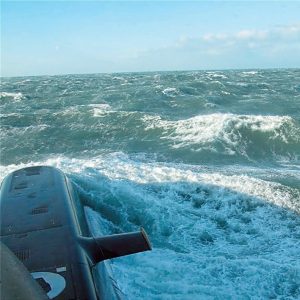 One of the most powerful weapons of type 214 submarines is Air Independent Propulsion (AIP). While underwater, the batteries onboard power the propeller and other electrical systems onboard the submarine. These batteries run out of charge within 4-5 days and the sub needs to recharge them. This is done by snorkeling, which exposes them to detection by enemy radars and makes them an easy target for hostile anti-submarine assets. 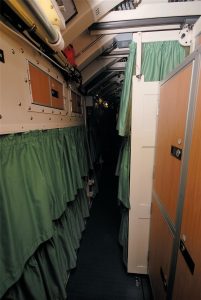 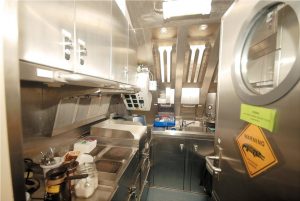 Although modern snorkels are coated with radar-absorbing paint and have a stealthy shaping, they are still detectable by high-resolution radars. There are also sensors called diesel sniffers which can detect the exhaust emissions of the submarines diesel generators while snorkeling. A submarine that needs to surface every day, loses its element of surprise and increases its vulnerability to hostile anti-submarine assets. 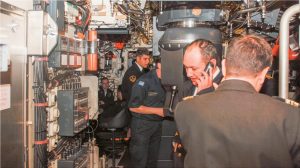 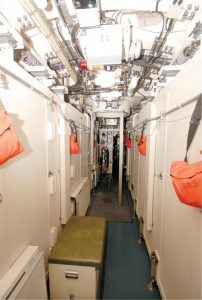 This is where the Air Independent Propulsion (AIP) system comes into play, as it allows diesel-electric submarines to recharge their batteries without running their engines. This will allow them to continue sailing underwater and retain the element of surprise by remaining undetected. The system should also allow the SSKs to retain their extremely low noise signatures and should not compromise on the performance of the submarine. 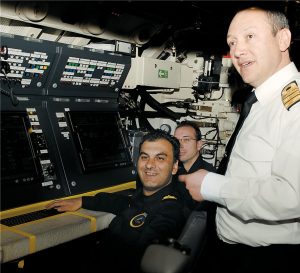 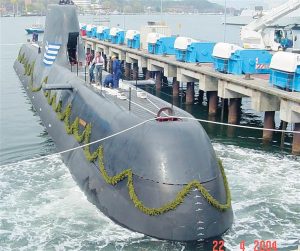 The radar of the type 214 submarines emits very little power, so the “ears” (ie the radio staff) from the crew of the Greek submarines monitor and record what is happening on the seabed around them without being noticed, giving Stealth characteristics to the “silent hunters ”of the Navy. 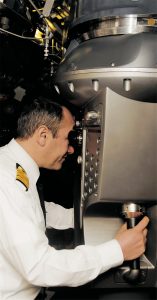 It maintains communications from a great depth with the use of a floating antenna and thus does not need to expose its position by sending a SLOT buoy to the surface of the sea. It keeps the composition of the breathing air constant, so it does not need to rise to the surface to refresh the atmosphere due to the reduction of oxygen and the increase of carbon dioxide. Even at a speed of 10 knots, it is silent and therefore undetectable.