Another “Tour de Samos” event took place on the three days of July, 9-11 in Samos.

The “parade” of historic classic cars was organized by the Hellenic Historic Car Club and TRISKELION with the valuable help and auspices of the Municipality of West Samos and the local club of historic vehicles of the island with 18 out of 50 participants.

At the same time the Potami Beach Bar, which was the sponsor of the event, also hosted the crew and organization reception dinner.

The 50 crews were in the island on Friday, July 9 at the Potami Beach Bar, in Karlovasi, ready for the Administrative/Technical Inspection with the sun setting shedding a bright red-orange light on the vehicles.

The starting point was at 11 in the morning of Saturday, July 10 in Agios Nikolaos Karlovasi. It is a magical spot, placed in the rock so as to meet the sailors who were returning to their homes. 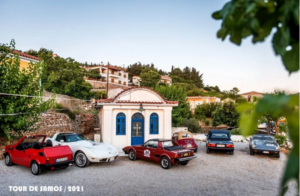 There, under the arch, the first “GO” was given by the Mayor of Western Samos, Mr. Alexandros Lymperis, who together with the executives of the Municipality were constantly present, helping the organization in whatever was needed.

Route to Koumaika with the first Accuracy Tests. Then the impressive, due to the landscape, and fast route of Limnion before the noon roundup in the picturesque Drakaios, literally hanging on the rocks.

Drakai and finally Kontaeika before the end of the first leg in Karlovasi. Dinner on the Horizon, on the mountain community of Platanos, with the classic wells and lots of smiles. 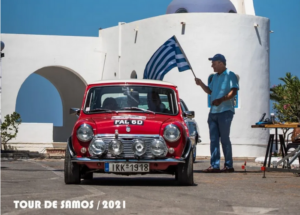 The start on the morning of Sunday 11 July was again from Agios Nikolaos. The start was made with the classic ascent to Manolates. Then the Mytilini and Chora routes, before the finish in Pythagorion, at Doryssa Resort.

A meal followed and then the awarding of General and Categories took place.

Worthy first and surprise, the locals Manolis Vakentis and Anna Argyri with BMC mini of 1976.

Second, family participation, Aris Georgosopoulos with Eleni Papanikolaou and the Elsie and Mariza with Toyota Supra of 1984.

The trio was completed by Giannis and Valentini Biza with a 1978 VW Beetle Convertible.

The “Blue Homeland” theorist blames Greece for the fires in Turkey 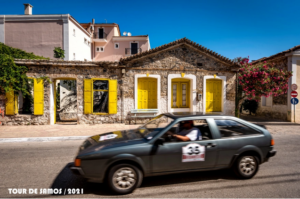 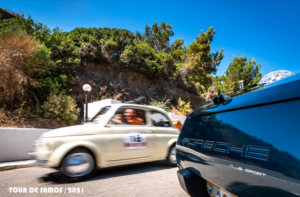 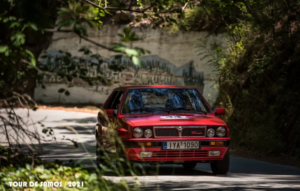 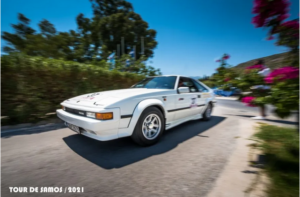