The owner of the company, Aristos Aristidou, stated that while the fishing boat was sailing twenty nautical miles off Apostolos Andreas, it was blocked by Turkish ships. 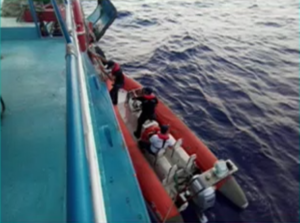 Turkish coastguards approached the fishing boat and eight Turkish gunmen boarded the boat. They claimed that this was a Turkish EEZ and warned the members of the fishing boat not to go to the area again.

According to Mr. Aristeidou, the Turks caused damage of 40,000 Euros to the electronic systems of the fishing vessel.

Cyprus has raised the issue of Turkish harassment of Cypriot fishing vessels to the highest level, said Agriculture Minister Costas Kadis. He stated that he recently had a meeting with the competent European Commissioner, whom he informed about all the incidents of harassment lately. 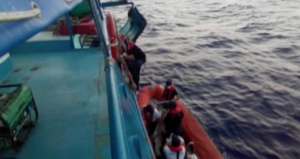 In fact, a relevant letter was sent to Brussels, Mr. Kadis added, but the European Union seems -once again- that it supports Cyprus only verbally…

Regarding the damages, he said, that in similar cases in the past the fishermen had received support by decision of the Cypriot government.