The UK is on the top

The rapid spread of the Delta variant has led to countries around the world scrambling for new travel bans to stop the COVID-19 virus mutation. Hong Kong, Spain, and Portugal restricted travel from the UK yesterday, while Germany had already curtailed entry from Portugal on Friday, citing the late-coming curb on UK travel there. Germany also put Russia on its list of countries from which incoming travelers cannot cut quarantine short due to variants of concern circulating in the country.

Data platform GISAID shows how critical the situation in Portugal is at the moment. The Portuguese health department registered 616 infections with the dangerous Delta variant in the past four weeks, the third-highest in an analysis of 80 countries and territories. This corresponds to 56 percent of all infections during this time period. Only the UK – where the Delta variety has been spreading for months – and the U.S. counted more infections with the variant over this time period.

The two countries – together with India, where the mutation was first detected – have seen the most infections with the Delta variant in total. But while it accounts for almost all infections in the UK and India, the Delta variant’s share was only at around 22 percent for the United States. Other countries with a high share of the Delta variant among new infections included Singapore, Russia, Indonesia and Uganda, where a ferocious coronavirus outbreak is currently underway. In the capital Kampala, lack of oxygen led to the reported death of all 30 COVID-19 patients in the country’s largest hospital on June 17. South Africa has also re-tightened restrictions as the Delta variant is also making headway here. 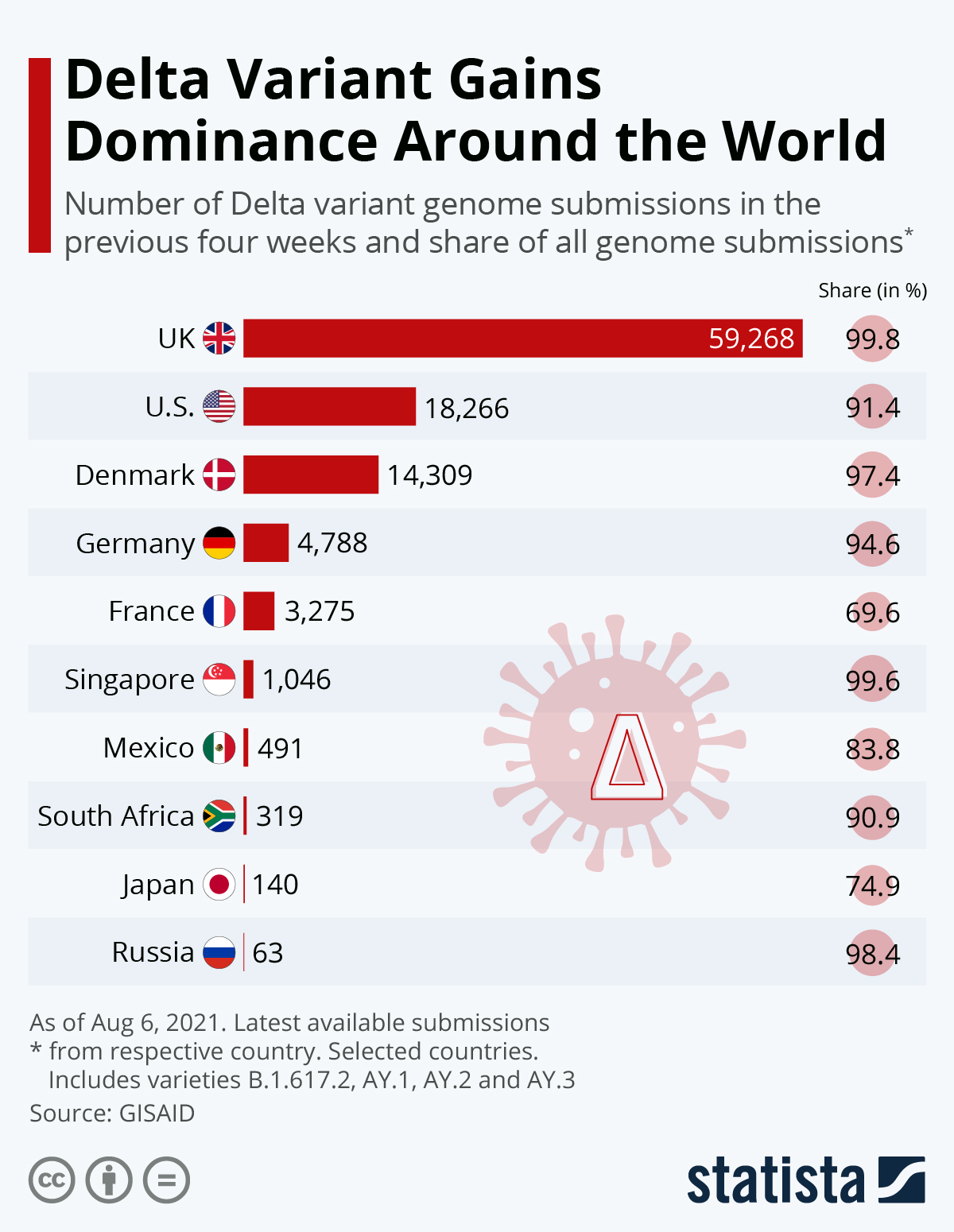