Palm oil production has risen sharply over the past five decades thanks to its versatility and resilience. It doesn’t spoil easily and it has a high melting point, key advantages over other vegetable oils along with its cheaper price. That has ensured that it is now present in a whole host of commonly used products including lipstick, shampoo, bread, chocolate, and biodiesel. Annual production quadrupled between 1995 and 2015 and it is expected to quadruple again by 2050.

Palm oil’s rise has had devastating consequences for the environment, given that it is cultivated in tropical rainforests. That has led to mass and uncontrolled deforestation, destroying the habitat of a number of endangered species including the orangutan, Sumatran tiger, and Sumatran rhino. It has also had an impact on rural regions of poorer countries where it has led to bigger incomes but also widespread labor violations and human rights abuses.

Given just how widespread palm oil has become, which countries produce it? Data from the United States Department of Agriculture shows that nearly 85 percent of palm oil production occurs in just two countries, Indonesia and Malaysia. In 2019, Indonesia produced 42.5 million tons or 58 percent of global supply while Malaysia made 19 million tons or 26 percent. 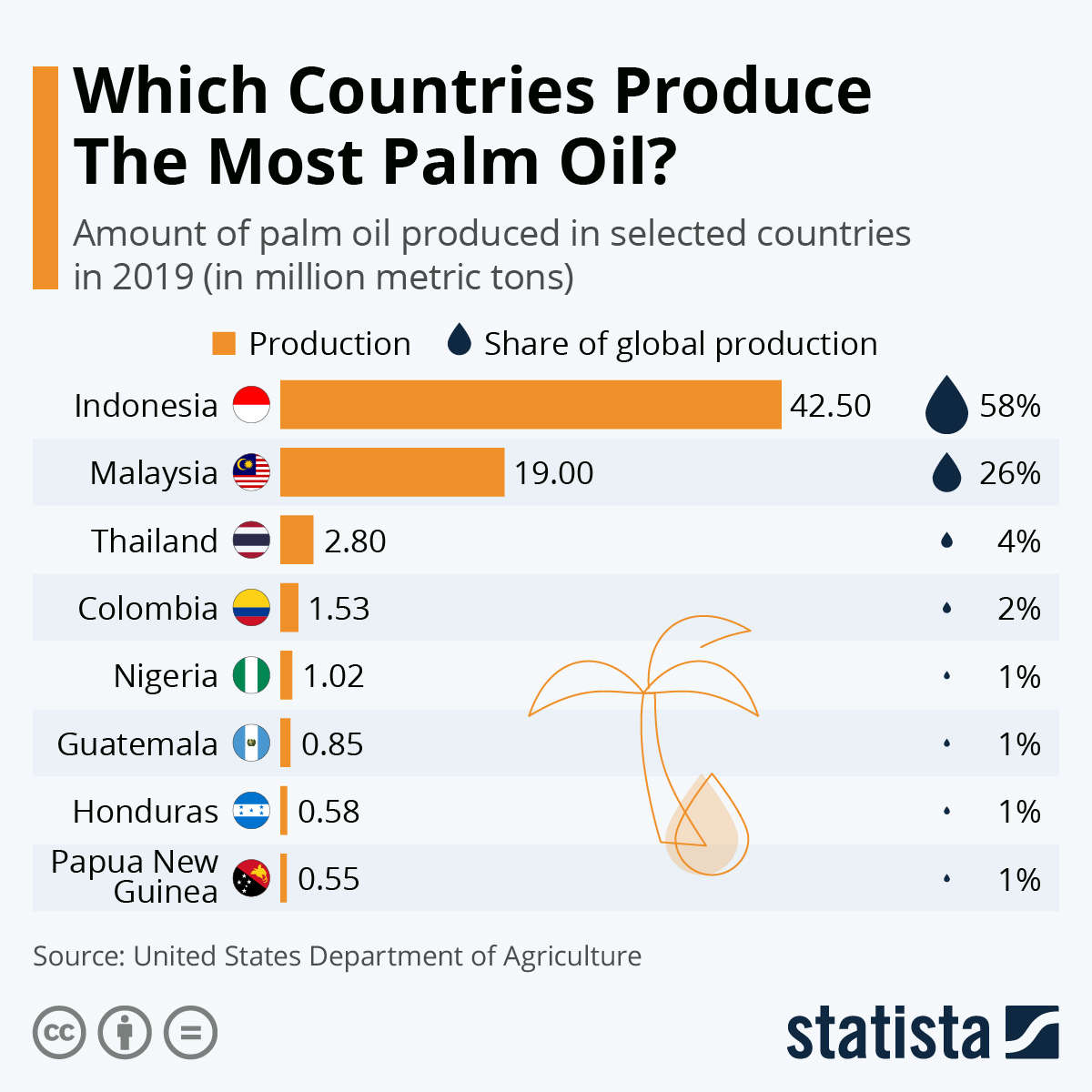