“Darwin’s flower” is exported dried to Germany and other European countries, where it is sold for as much as 50.000 euros per kilo!

After a long time, perhaps due to their fear of the coronavirus, the Albanians again began to plunder the Greek mountains, collecting the very expensive aromatic and healing plant known as “Darwin’s flower” or “dragon” and has a big commercial value.

Three of them crossed the border illegally on Monday morning and arrived in the area of ​​Grammos in Kastoria, where they were arrested by police officers of the Nestori Border Guard Department for uprooting a total of 94 kilos of the specific plant, in order to sell it back in Albania. 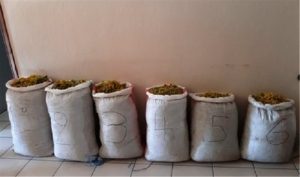 “Darwin’s flower” is exported dried to Germany and other European countries, where it is sold for as much as 50.000 euros per kilo, as it contains vitamin C, minerals, saponins, glycosides, flavonoids, enzymes, essential oils and various other substances and has a expectorant , diuretic, antioxidant, anti-inflammatory, sedative, antispasmodic and antiperspirant properties.

It is used against pericarditis, hydropic, nephrolithiasis, headache and insomnia, but also for the treatment of cough, bronchitis, pertussis, pneumonia, neuralgia, while the ether oil to prevent infection from open wounds and treatment of bruises.

The scientific name of the plant is primrose and according to enallaktikidrasi.com it got its name from the Latin word primus which means “first”, as the plant blooms in early spring. It has many species that are grown for ornamental purposes. It is a perennial plant, with fluffy, oblong leaves, fragrant deep yellow flowers, sloping to one side, resembling bells. It is found in more than 400 species in the temperate zone, in many countries in Europe, Asia and the Americas.

Murder of suicide? Mystery death of researcher on the verge of Covid-19 important findings

The flowers of the spring primrose are smaller, golden-yellow with orange spots, while the flowers of the high primrose are soft yellow and have no spots at all. It is sold in flower shops, in many colors and adorns parks, gardens and balconies. It needs a shady environment and moist soil. Flower wreaths should be collected without the green cover, from March to May and dried quickly in the shade.

The roots should be extracted either before flowering or in autumn. The over-collection of the plant has made it extremely rare, so we should pick it up when we find it in abundance and even then, collect it in limited quantities.
It contains (mainly its leaves) vitamin C and minerals. It contains saponins (over 10%), glycosides, flavonoids, enzymes and various other substances. Its crown and rhizome contain essential oils. 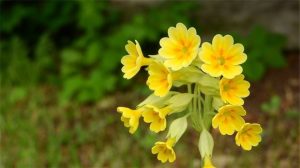 The primrose has been known since antiquity and has been associated with many myths and prejudices. Many consider it a plant of youth and luck, but it is also used in death customs. We find it in many legends with elves, witches and fairies. He has been mentioned by Pliny the Elder and has played an important role, along with other ritual plants, in the Mythology of Celts and Druids, as an ingredient in the preparation of magic potions. During the Middle Ages, the primrose was known as St. Peter’s herb and was sought after by pharmacists in Florence.

Therapeutic actions and uses of Primoula

– It is an extremely relaxing and calming herb. It soothes stress, facilitates restful sleep. It acts against nerve headaches

– It is used for bronchitis, colds and coughs

– Its root is used as an expectorant, diuretic, antispasmodic and analgesic

– When used externally, it has anticonvulsant properties

– It fights arthritis and rheumatism

– It helps with skin diseases. Its flowers in the form of ointment, are used for sunburn, measles, skin blemishes, etc.

– It enhances the heart and nervous system

– The fresh leaves and its root have the characteristic aroma of anise. Its flowers have a delicate and sweet scent and can be added to salads, desserts and become a pleasant and refreshing decoction.

– Wine is made from its flowers

– Its leaves and flowers are used to make jam

Greece, Israel and Cyprus may create a safe zone for tourism

2. Beverage. Pour 1 kg of the plant root in a cup of water, boil it, lower the heat and let it simmer for 5 minutes. Drink from a cup three times a day.

– For stress-related problems, it is combined with all the relaxing neurotransmitters, such as tilio or scutellaria.

– For cough, it can be combined with cough or anise.

– The leaves of some exotic primrose species can cause dermatitis in people with sensitive skin.

– In general, the primrose should not be used during pregnancy, by women with aspirin allergy, but also in large doses, because it can cause diarrhea or even vomiting.

– It is also necessary to pay attention to the use, mainly, to those who suffer from some diseases of the gastrointestinal tract.

– We should pay special attention to the place where we collect the primrose, so that it is not located near fields that can be sprinkled with dangerous pesticides.