News of the Fall of Troy reached Mycenaeans in Greece in a day! This is how (drone video)

Even though Afghanistan and Nigeria experienced the largest declines in deaths from terrorism in 2019, they remained the only countries that experienced a death toll of at least 1,000 people. Afghanistan’s 5,725 deaths last year accounted for 41 percent of the global total while Nigeria had 1,245 fatalities.

The third-highest death toll was recorded in Burkina Faso which was also the country with the largest increase in deaths last year. This was primarily due to activity from three groups – the Islamic State in Greater Sahara (ISGS), Jamaat Nusrat al-Islam wal Muslimin (JNIM) and the Burkina Faso branch of Ansar al-Islam – that increased deaths by 507 to reach a total of 593, an increase of 590 percent. 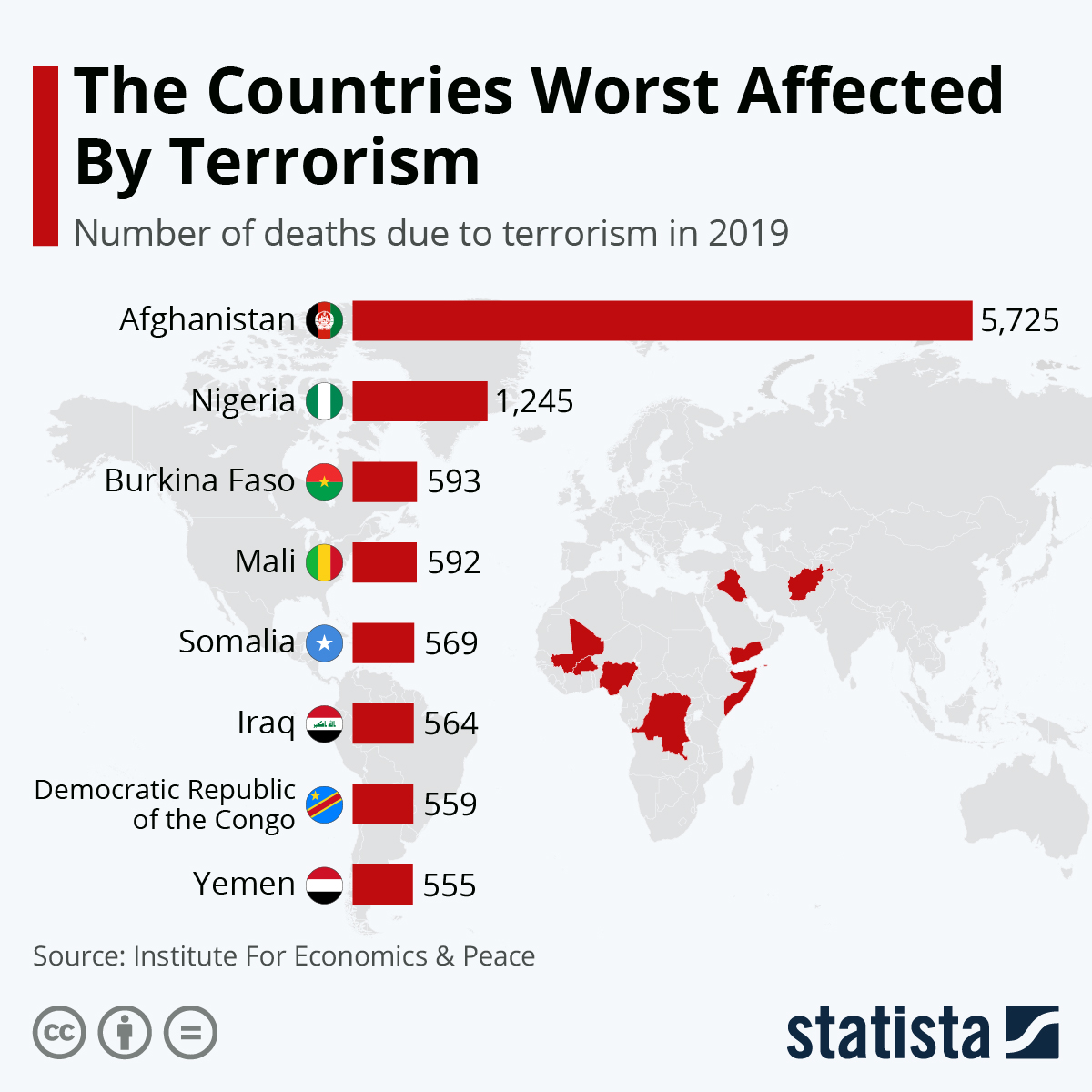 Tags With: afghanistandeclines in deaths from terrorism in 2019nigeria