It was built by Cretans in the 9th century, with its inhabitants being a mix of people from Crete & Asia Minor

Apeiranthos is a beautiful mountain village of Naxos seemingly untouched by time, still bearing as it does the marks of the Venetian era.

From afar, Apeiranthos looks like a fortress, perched at the foot of Fanari mountain almost 26 kilometers (16 miles) from Chora, the main town of the island.

It was built by Cretans in the 9th century, with its inhabitants being a mix of people from Crete and Asia Minor. It is said that there was a Naxos, or Axos, in ancient times in Crete, but this is not a confirmed fact.

The village has a local Greek dialect that is different from the rest of Naxos. The same applies to customs and traditions that date centuries back, with locals refusing to give them up.

There are 1,024 Apeiranthos residents at the moment and they show that the village has been a place where the letters and arts, weaving and the art of politics have flourished. The village has no resemblance to the rest of the Cycladic islands.

Proof of the above is that Apeiranthos has the largest library of the Cyclades islands, the Nikos Glezos library. It has an archaeological museum with 2,000 exhibits, a Museum of Natural History, a folklore museum, the Museum of Children’s Culture of the Aegean, and also a cooperative for women’s textile art.

As for sightseeing, the Tower of Zevgoli (17th century), built on a rock at the entrance of the village, is imposing when combined with the surrounding natural beauty. Also, one must see the Church of Agia Kyriaki, dating from the period of Iconoclasm (9th century) and is one of the most important monuments in the Balkans. 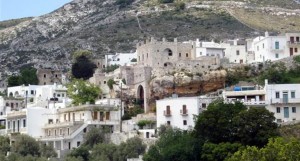 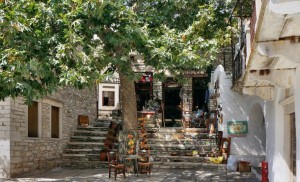 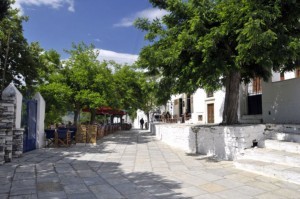 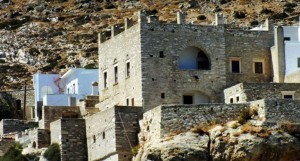 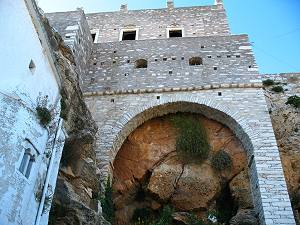 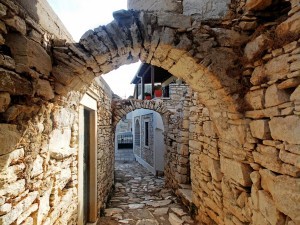 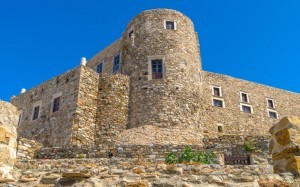