The former president joined the A-list actor for a cruise along Lake Como, closely followed by police protection. Michelle and Amal Clooney, as well as the Obama’s daughters Malia, 20, and Sasha, 18, were seen sitting inside the small boat. It is thought the two families were on their way to a charity dinner for The Clooney Foundation for Justice. George, 58, and Barack, 57, dressed casually for the event, wearing open shirts and each opting to go without a tie. 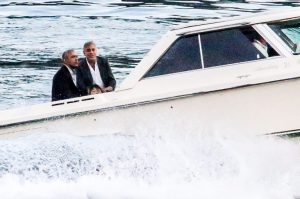 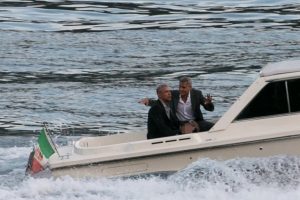 Michelle, Amal, Malia and Sasha had all picked flowing dresses and skirts for the occasion, and could be seen being helped out of the boat as it docked at a colourful harbour. The organization, created by the Clooneys, uses Amal’s expertise as an international human rights lawyer to monitor governments who try to use their laws to persecute political enemies. Among some of her more high profile clients have been Nadia Murad, a former sex slave who is fighting to bring Isis to justice. Amal, 41, has also represented Wikileaks founder Julian Assange, and the entire country of Armenia in its fight for recognition of the Armenian genocide. George and Amal are currently hosting the former First Family at their lakeside mansion retreat on the lake. 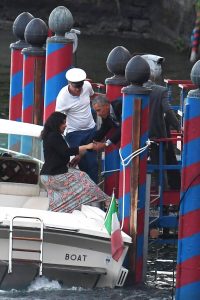 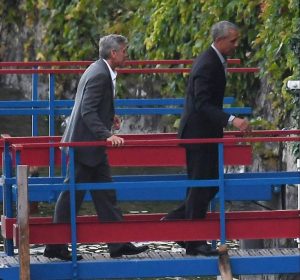 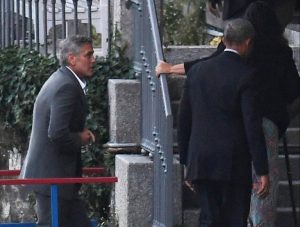 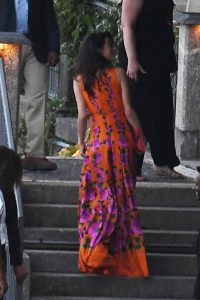 The Oscar-winning actor was one of Obama’s most fervent supporters during his eight years in office, and the pair have been firm friends since his departure. The Obamas have been holidaying across Europe this week, starting in the French Riveria were they stayed with Bono. It was reported they were staying at a $60,000-a-week villa (around £47,000) in the Châteauneuf-du-Pape wine region, before flying to Italy by private jet. 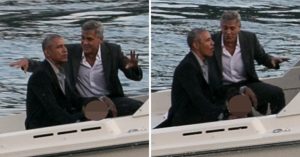