The Albanian Prime Minister Edi Rama was in Athens on January 8th 2021 in an unofficial visit.

Mr. Rama had visited Turkey the previous day and signed a series of agreements with Turkey.

What is interesting, though, is a series of facts concerning the airplane the Albanian Prime Minister used in his visits.

According to the Youtube channel Aviation Videos that is specialized in plane-spotting and everything that has to do with aviation and airplanes, the Albanian Government airplane is an AIRBUS A-319-100 ACJ.

The story goes that this was an ex-Italian Air Force VIP airplane which was sold to…the Turkish Air Force (THK) in 2005. 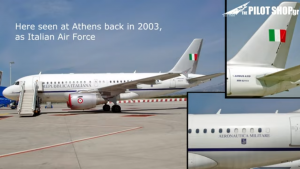 However, on February 2020 it was subleased to the Albanian government, but it is still based in Constantinople.

When the airplane was repainted with the Albanian government’s colours, it was also named “Ismail”.