A secretive Isis unit that trained the perpetrators of the Paris and Brussels terrorist attacks has been teaching British fighters to attack targets in the UK, according to a fighter captured by Kurdish forces in Syria.

The Isis fighter described how European would-be suicide bombers were inducted into a group, which he said was known as the al-Kharsa brigade, on arrival in Isis’s “caliphate”.

They were subjected to a gruelling training programme at a secret camp in Syria before being sent home to carry out attacks. He said the programme was still under way in February this year.

“It takes seven months to be trained in al-Kharsa brigade,” said the fighter, in an interview that was conducted in front of his captors.

“It is very hard. Every European who crosses the border to Syria, they are offered [the opportunity] to join. If 20 start the training, only five finish it. Then after that they go back to Europe and attack.” 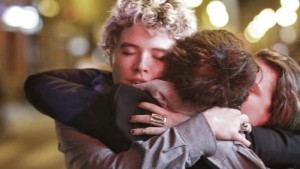 (Survivors of the Bataclan concert hall terrorist attack in Paris in 2015 are reunited. The killers were trained by Isis in Syria before they returned to Europe)

During the 2½ years he lived in the ­caliphate, the fighter estimated that 50 Isis members — from countries including Germany, France, Belgium and Britain — had graduated from the programme.

The fighter’s account provides one of the most detailed descriptions of how attacks in Europe continue to be planned from Isis-controlled Syria, and reveals for the first time the name of the brigade where they are being trained.

The training programme for al-Kharsa includes bomb construction, harsh physical endurance tests and ideologic­al instruction. Above all, ­applicants must be willing to travel to Europe to kill, and possibly to die, in the name of Isis.

The fighter claimed the attacks were organised by an external operations wing of Isis — previously named as the Amn al-Kharji — under the umbrella of its security services, known as the Amniyat, which was run by the group’s chief ­strategist, Abu Muhammad al-Adnani, until his death in 2016.

The group, the fighter claimed, still remained fully functional despite the ­territorial losses suffered by Isis, and had recently targeted Britain. “They are in contact with sleeper cells there,” said the fighter. The planned attack, which was unsuccessful, is indicative of Isis’s continued long reach. 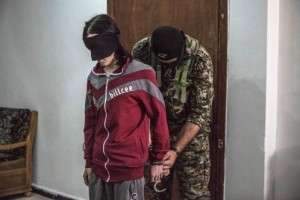 The Isis external operations unit, the fighter claimed, comprised both a program­me that trained European fighters in Syria and sent them to commit attacks at home, and a planning centre that encouraged and remotely instructed potential suicide attackers in Europe who were unable to travel to the caliphate.

“The attacks that happened in Paris and Brussels, the attackers were trained by them and left from Syria to Europe,” said the fighter. “Sometimes there are foreigners who come to Syria and have training for specific missions. Then they do the attacks alone.

“Others are sleeper cells in Europe who want to join Daesh [Isis] here, but can’t. They stay in their countries and contact [Isis]. Then they talk, and when they are ready they do the bombings.”

Anti-terrorism officials from America and Europe have previously confirme­d the existence of an Isis externa­l operations unit that is thought to have organised the Paris and Brussels attacks.

The fighter’s insights into the caliphate’s most closely guarded secrets came from members of his family. After leaving his home in Europe to fight for Isis in September 2014, he married a ­Syrian woman whose brother was a high-level Isis commander.

Over evening meals, his brother-in-law would divulge details of attacks that his group had planned in Europe. “He would tell me information about what they would do next,” the fighter said.

After members of al-Kharsa had finished their training and planned their attacks, they would be smuggled out of Isis territories and be taken from northwestern Syria across the border into ­Turkey at the Bab al-Hawa crossing. They would then be delivered to Isis cells in Konya, Gaziantep or Istanbul, be fur­nished with fake passports and sent on to Europe.

Successful attacks would be cause for public celebration in the caliphate. After the attacks on a stadium, restaurants and theatre in Paris in 2015, and an airport and metro station in Brussels last year — which killed a combined total of more than 160 people — Isis militants handed out sweets to children in the street. “They were very happy,” the fighter said.

The captive confirmed that the route funnelling fighters to Europe was still in operation in February this year, despite the caliphate ­having suffered heavy ­territorial losses under assault from Iraqi troops and the American-backed Syrian Democratic Forces. 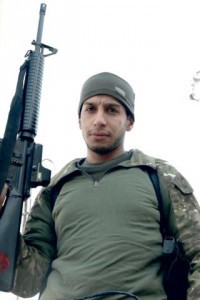 (Abdelhamid Abaaoud was killed in a raid following the Paris attacks)

His story raises the possibility that a Paris-style attack involving multiple gunmen — planned from the caliphate and executed by trained European returnees — could be planned for ­Britain.

“They will make more suicide attacks in Europe because the coalition is bombing them a lot,” he said. “They also want to carry out attacks in Lebanon.”

At least 21 Isis-trained operatives are thought to have sneaked back into Europe as of last year, according to research carried out by The New York Times.

One of them was Belgian-born Abdelhamid Abaaou­d, the ringleader of the Paris attacks, which included the storming of the Bataclan concert hall. He was a handler in the Isis external attack planning agency, according to interrogation transcrip­ts from European intelligence agencies.

The Paris attackers and Najim Laachra­oui — one of the Brussels ­bombers who blew himself up — appear to have received training from the same division in Syria.

After their deaths, Isis released similar propaganda pictures of them prior to their missions, standing in the desert, wearing fatigues. There could be many more pictures like those waiting to be published.

DEADLY CELL: TRAINED IN SYRIA, KILLING IN EUROPE
The Isis cell that carried out the Paris and Brussels attacks was trained in Syria and led by Abdelhamid Abaaoud

PARIS ATTACKS (November 13, 2015)
– 130 people killed by gunmen and suicide bombers at the Stade de France, Bataclan theatre and at bars and restaurants in the city centre
– Abaaoud and another suspected gunman were killed five days later in a police raid in the St-Denis district
BRUSSELS ATTACKS (March 22, 2016)
– 32 people killed in co-ordinated suicide bombings at Zavantem airport and at Maalbeek metro station