The regions of the Ionian and Aegean islands, as well as Epirus, are the only areas in Europe in the ‘green zone’ in terms of Covid-19 exposure and performance, according to data released by European Centre for Disease Prevention and Control for the 14 days preceded by January 14th.

The map image of Greece regarding the spread of the coronavirus shows an improved state, compared to the other countries of the European Union. 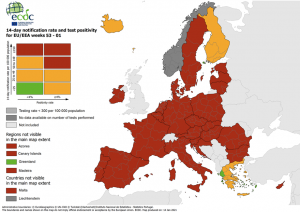 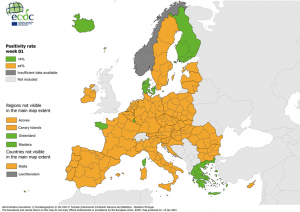 As can be seen in the map below, the situation is much better (“green”) in Epirus, Ionian islands, and Aegean islands.

At the same time, while most of the countries of the Union are in the “red”, the situation in our country has improved in the index of positivity (cases/number of tests), which has fallen below 4%, according to the measurements announced today Fifth by the European agency and relate to last week.