The arrays of light were visible from several areas such as Thessaloniki, Halkidiki, Kozani, Xanthi & Alexandria

A series of bright dots that appeared in the sky caused a disturbance on Thursday night, mainly in northern Greece.

The arrays of light, which have appeared in the past, were visible from several areas, such as Thessaloniki, Halkidiki, Kozani, Xanthi and Alexandria.

Until the answer was finally given, there were many scenarios.

However, as it became known, the incredible spectacle was caused by the well-known eccentric billionaire, Elon Musk and his Starlink project that promises high-speed…”space” internet.

Specifically, these are satellites that orbit at low altitudes around the Earth.

This particular spectacle has attracted global interest and there is even a special application that predicts when the satellites will be visible in each region. According to the application, the bright dots will probably be visible tonight, Friday night (May 7th), around 22.00 local time.

A new player from the sky is coming to be added to the Greek telecommunications market, since the satellite Internet service of Starlink by billionaire Elon Musk has been announced that is coming to Greece.

According to information from “Proto Thema“, Greece will soon – within 2021 – be among the few countries in the world at the moment where the Starlink service will be available. Musk’s “space internet” will offer speed connections of over 100 Mbps in parts of the country, which today do not even have any coverage at all, such as steep peaks and remote islands. 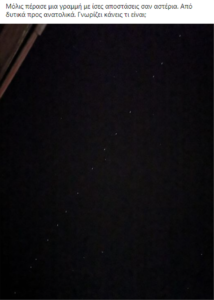 CIA file on Russian ESP experiments released – but you knew that, didn’t you?

French sci-fi writers set out to “scare” the military establishment

Since the end of 2020, Starlink has expressed interest in providing satellite broadband services in Greece and is in contact with both the Ministry of Digital Governance and the National Telecommunications and Post Commission (EETT). The company’s proposals are already in the hands of the Minister of Digital Government Kyriakos Pierrakakis, who has been personally involved in contacts with the company in discussions with the prospects of testing the project in Greece, as he believes that this development can contribute to the significant and fast upgrade of the country’s telecommunications capabilities.

According to information, therefore, the relevant government decisions and the corresponding legislative initiatives are moving in this direction. Starlink’s involvement in Greek affairs at the moment does not disturb the balance between the companies operating in Greece, however, it adds one more powerful player, who in fact uses a completely different technology and promises full nationwide coverage, with whatever this means for the future. 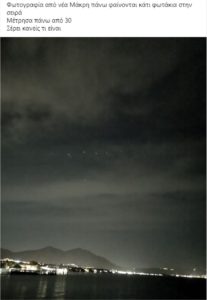 After all, despite all the efforts made in the last two years in our country in order to upgrade its relevant infrastructure, Greece is still unfortunately not doing well on this field.

Elon Musk’s Space X company launched 143 small satellites simultaneously in January 2021, setting a new world record. The launch was carried out with a reusable Falcon 9 rocket from the space center on Cape Canaveral, Florida. The previous record was 104 satellites launched with an Indian rocket in 2017. 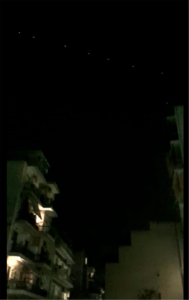 These are 133 commercial and state-of-the-art satellites, including on behalf of NASA, as well as ten of Space X’s own telecommunications satellites, Space X itself. The company has already launched more than 800 small satellites to provide broadband internet worldwide.

Launching so many satellites at an altitude of just 500 kilometers at one mission is not an easy task, because everyone must be released into space at a specific time to avoid collisions with each other.