They will take part in the “Skyros 2021” exercise

The four French Rafale fighter jets are present at the Tanagra airbase, as part of the bilateral exercise “Skyros 2021”, as of Tuesday.

The purpose of the exercise is to train personnel in the execution of complex aeronautical operations, which will be conducted day and night throughout the range of the Athens FIR.

As part of the exercise, in addition to the French aircraft, the 114th Fighter Wing includes Greek Mirage 2000 and F-16, surface units of the Greek Navy and two A400M Atlas transports, and an A330 MRTT aircraft of the French Air Force.

Today, Thursday, February 4, is the day of distinguished visitors and the exercise will be attended by the military and political leadership of the Ministry of National Defence, the French ambassador in Athens, the French military delegation, foreign defence attaches, as well as Greek and French journalists. 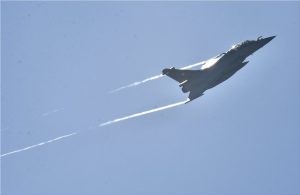 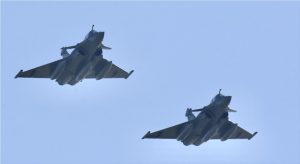 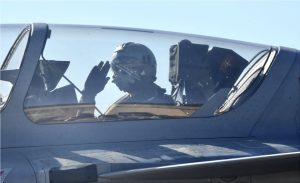 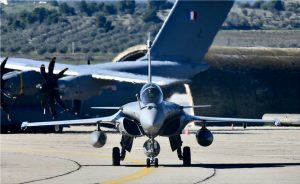