The confessed murderer Babis Anagnostopoulos was cool, silent with a white bulletproof vest

With a strong police escort, a few minutes before five in the afternoon, the 32-year-old confessed murderer of Caroline, Babis Anagnostopoulos, was taken to the courthouse.

Cool, with his head held high and speechless, wearing a white bulletproof vest and mask, he was taken to the prosecutor’s office to execute the warrant against him and then he is expected to go to the investigator from whom he will ask -and probably receive- a few days time to prepare his legal defence for the two crimes and the two misdemeanors that he is charged with.

Visit of Prime Minister Kyriakos Mitsotakis to TeamViewer in Ioannina 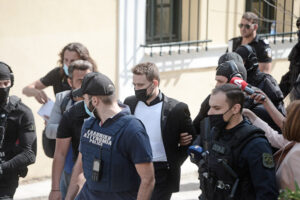 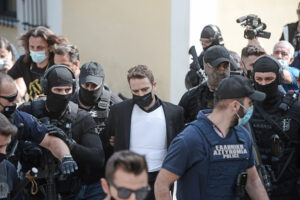