Greek Minister of Defence Nikos Panagiotopoulos issued a stern warning to the Turkish government saying Greece would react firmly in the event Turkey escalated its provocations and attempted to implement plans for research and drilling within the Greek continental shelf.

The Minister of National Defence clarified that Greece will not maintain the attitude of a mere observer and that if necessary “we will show our teeth”.

“We showed this in their effort to violate our borders in Evros and we are continuing to move in a similar direction. We have stated what our red lines are. In the event that Turkey escalates its aggressive policy, we have an answer,” said Mr. Panagiotopoulos in Parliament.

EU to Turkey on drilling: “Respect the sovereignty of Cyprus and Greece in their waters”

Meanwhile, speaking to Thema Radio 104.6 on Wednesday, government spokesperson Stelios Petsas predicted Turkish provocations against Greece would escalate over the next period, adding, however, that Greece was ready to deal with whatever happened. 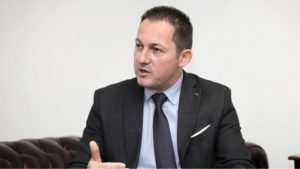 “Our assessment is that the provocations are expected to expand to other areas because they [Turkey] will want to deal with the fiasco of Evros.”

“We are ready, we are not afraid of anything, we are preparing,” said Stelios Petsas.

Asked to comment on statements by National Security Adviser Alexandros Diakopoulos that “if necessary we will take military action against Turkey”, he said that “in a sense, it is within the basic threefold we always say, we always have international law on our side, our allies on our side and we will do whatever is necessary for our sovereign rights, where ‘whatever’ is needed includes everything.”

“We have never been complacent after the events in Evros. We are on alert “, said Stelios Petsas.

Turkey plans to drill east and south of Crete and Rhodes in sea regions in the Greek continental shelf: